Don't Forget the Dark Side of Living in South Korea

LGBT Group members in a marching parade during an LGBT rally near square in Seoul, South Korea, on 16 July 2017.
Seung-il Ryu—NurPhoto via Getty Images
Ideas
By Binaifer Nowrojee
Nowrojee is regional director for Asia Pacific at the Open Society Foundations.

It was little more than a year ago that South Korean police descended on the home of Lee Jin-young in Seoul, arrested him and placed him in solitary confinement. Lee is a long-time activist who had already been jailed in the 1980s for promoting democracy, but this time he was thrown in prison for different reasons. His so-called crime was running Labor Books, an online library of information on North Korea. Lee was charged with spreading literature that “benefitted the enemy” and could have faced years in prison until a court eventually quashed the charges against him.

Sadly, this is not a unique case in South Korea, where the looming threat of war with the North has taken a serious toll on personal freedoms.

President Donald Trump’s on-again, off-again summit with North Korean leader Kim Jong-Il —currently set to go ahead June 12—has dominated world headlines for months. Rights groups have called for human rights violations in North Korea—which happen on an industrial scale through labour camps and mass executions—to remain on the table during discussions. (It emerged on Monday that U.S. officials have agreed not to bring up Pyongyang’s human rights issues at the summit.) Lost in the debate, however, has been that the South is also grappling with its own human rights challenges. Many of these are a consequence of the decades-long state of war with its secluded neighbor.

Although South Korea is in many ways a vibrant democracy with strong media and civil society, human rights continue to be sacrificed in the name of “national security.” Successive governments have relied on tough security laws to restrict freedom of expression, in particular when it comes to debate about the North. The most nefarious of these is the National Security Law (NSL)—the law Lee Jin-young was charged under—a relic dating back to the aftermath of World War II.

The vague wording of the NSL leaves it open to misuse by police and other authorities. Governments have used it to target dissidents and opponents for decades, although this has been less of a concern since the more human rights-friendly government of President Moon Jae-in took office in 2017.

In 2012, the then 24-year-old Park Jung-geun was sentenced to 10 months in prison after he had retweeted a few posts from a North Korean account. His intention was clearly only to make fun of North Korean propaganda, but authorities took this as amounting to praising Pyongyang. Although Park Jung-geun was eventually acquitted, scores of others are still investigated under the NSL every year.

The case shows how the battle for free speech is increasingly played out online. South Korea is one of the world’s most wired countries with an internet penetration rate around 90%. Despite—or perhaps because of—this, online privacy has emerged as a major human rights challenge in recent years.

The National Intelligence Services—the South Korean spy agency—has a history of overstepping its mandate, previously attempting to influence elections through online campaigns and monitoring dissidents and government opponents. In 2015, Open Net—an NGO advocating for internet freedoms—launched a new mobile app that allowed users to scan their phones for traces of surveillance software. The app was downloaded a staggering 50,000 times in just three weeks. There is also a partial internet blackout in the country as hundreds of thousands of websites—many related to the North—are blocked or deleted every year.

Another area of particular concern in South Korea is the military. Two years of military service is mandatory for all able-bodied men in South Korea, but unlike most other countries with conscription, there is no civilian alternative. Those who refuse—for religious, moral or other reasons—face ajail sentence of up to 18 months as well as the risk of being ostracized by peers or even family members. Many young people, in particular those belonging to pacifist religious groups like Jehovah’s Witnesses, grow up knowing that prison time is inevitable at some point in their life. According to Amnesty International, South Korea jails more conscientious objectors than the rest of the world put together.

For gay men, life in the military is defined by secrecy, fear and the constant risk of jail time. Although homosexuality is not criminalized in South Korea, the military forces have for decades relied on a ban on “disgraceful conduct” that punishes sexual acts between servicemen with up to two years in prison. The issue came to global attention in April last year when the military investigated and charged a soldier after a video clip apparently showing two male soldiers having sex spread on social media. Human rights groups said dozens of conscripts were threatened and harassed into revealing names of fellow gay soldiers and Amnesty described it as a ”witch hunt” against LGBTI people.

Many South Korean activists now hope that the détente with the North will not just lead to peace talks, but also change in their own society. The government, which has already taken many positive steps on human rights, must not let them down. The thawing of relations on the Korean peninsula represents a golden opportunity to challenge decades-old assumptions about security and human rights. Reforming the NSL and lifting restrictions on the internet would be two steps in the right direction. 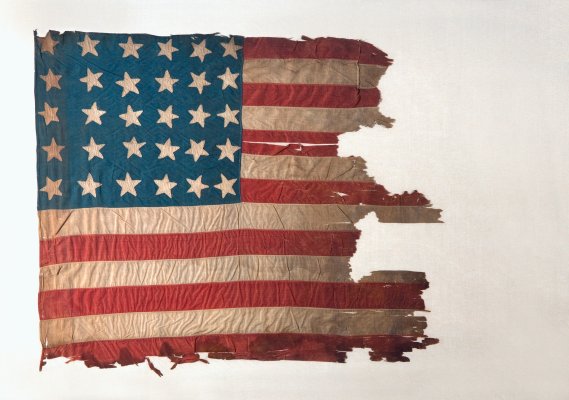 How the Media Can Help Rebuild Trust in America
Next Up: Editor's Pick