Lest you think that Prince William was the main attraction of a polo match that he played in, think again.

The Duke of Cambridge was effectively upstaged at the event by his adorable progeny, Prince George and Princess Charlotte. The royal kids cheered on their father alongside their mother, the Duchess of Cambridge, Catherine Middleton, on Sunday, following the Trooping the Colour festivities for their grandmother the Queen the day before.

Princess Charlotte in particular, already known for her impeccable and charming foreign diplomacy skills despite her young age, proved to be the star of the show with some playful antics.

While sitting on the sidelines at the polo match, Princess Charlotte resourcefully used the grassy landscape to practice her headstands and show off some tumbling moves.

She also played a game of tag with her older brother, Prince George.

And she showed off her great fashion sense by accessorizing her sundress with a chic pair of shades. 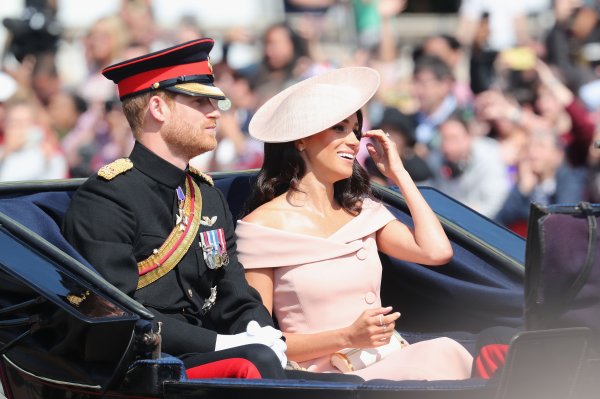 Meghan Markle and Prince Harry Will Follow Princess Diana's Tradition With Their Next Big Move
Next Up: Editor's Pick