Actress Rose McGowan has defended her friend Asia Argento, saying in an open letter that she does not deserve blame for Anthony Bourdain’s suicide.

“Do NOT do the sexist thing and burn a woman on the pyre of misplaced blame,” she wrote in a letter published Monday. “Anthony’s internal war was his war, but now she’s been left on the battlefield to take the bullets.”

McGown added, “It is in no way fair or acceptable to blame her or anyone else, not even Anthony. We are asking you to be better, to look deeper, to read and learn about mental illness, suicide and depression before you make it worse for survivors by judging that which we do not understand, that which can never fully be understood.”

Bourdain was found dead in a hotel room in France Friday morning from an apparent suicide. He was 61.

McGowan said Argento sat across from her as she wrote the letter. She said that as the world mourns Bourdain’s death it is natural to want to place the blame, but Argento should not be the subject of public scorn.

“You must not sink to that level. Suicide is a horrible choice, but it is that persons choice.” McGowan wrote.

McGowan said that both Argento and Bourdain suffered from depression while they were together, but that Bourdain did not get treatment and did not follow his doctor’s advice in his final days.

“He put down his armor, and that was very much his choice.” she wrote. “His decision, not hers. His depression won.”

On Friday Argento who had been dating Bourdain since 2017, posted a short, heartfelt statement on Twitter hours after the news of Bourdain’s death broke.

“Anthony gave all of himself in everything that he did,” Argento wrote. “His brilliant, fearless spirit touched and inspired so many, and his generosity knew no bounds. He was my love, my rock, my protector. I am beyond devastated My thoughts are with his family. I would ask that you respect their privacy and mine.”

McGowan and Argento were at the forefront of the #MeToo movement, making the some of the first allegations of sexual assault against producer Harvey Weinstein. Bourdain began dating Argento in the beginning of 2017, and was a vocal supporter of his girlfriend and the movement.

McGowan also commented on the nature of Argento’s relationship with Bourdain: “They loved without borders of traditional relationships, and they established the parameters of their relationship early on. Asia is a free bird, and so was Anthony.”

Read the full text of McGowan’s letter below: 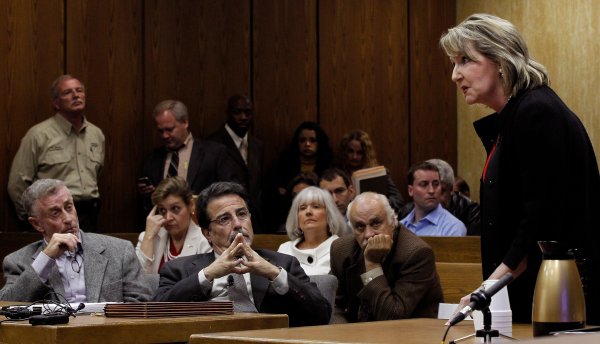 Here's the Story Behind Netflix's Latest True Crime Docuseries The Staircase
Next Up: Editor's Pick