Here Are the Best, Weirdest, and Wildest Moments of the 2018 Tony Awards

Hopefully you didn’t have tickets to any Broadway shows on Sunday night, because the stars of Angels in America, The Band’s Visit, Harry Potter and the Cursed Child, and Mean Girls were all down the street, packed into Radio City Music Hall for the 2018 Tony Awards. Broadway’s big night was hosted by musicians-turned-stars of Broadway Josh Groban and Sara Bareilles, and even with threats of having the frightening angel from the revival of Angels in America swoop in and scare the tuna salad out of anyone who dared go over time, the awards show was still longer than most Broadway plays.

Here are the weirdest, wildest, most tear-jerking, and most heart-warming moments of the 2018 Tony Awards:

Biggest Losers: “Did you know neither one of us has ever won anything?” admitted Sara Bareilles and Josh Groban, kicking off the Tony Awards with a song “for the people who lose!” which they apparently know a lot about.

Biggest Shout-Out to Cake: Andrew Garfield won the first prize of the night for his role in Angels in America and dedicated the prize to the LGBTQ community: “We are all sacred and we all belong. So let’s just bake a cake for everyone who wants a cake to be baked.”

Best Boat Quote: “All four of tonight’s best musical nominees are based on movies,” said Tina Fey, “But only one of these movies paid for my boat.”

Best Recap of Mean Girls: Fey was on hand to introduce the musical version of her film Mean Girls, which she described as a play about “the vicious gifts of teenage girls and how we have to stop emulating them.”

Best Revival of the Night: Rachel Bloom (and her tiny hat) once again hosted the backstage action completing her Theater Kid Revenge cycle

Best Introduction: “I am beautiful theater actress, Amy Schumer,” said Amy Schumer, introducing My Fair Lady, “a comedy about class and sexism,” when Eliza Doolittle is taken under the wing of Henry Higgins, “mans-splaining expert on dialects.”

Worst Bruce Springsteen Concert: Billy Joel opened for Bruce Springsteen, presenting his friend with a special Tony Award for Lifetime Achievement in the Theater. The Boss thanked the crowd for making him “feel so welcome on their block” and then walked off stage without singing a single song. Tragic for those of us who can’t afford tickets to his show, but on the plus side, it was significantly shorter than the E Street Band’s Rock and Roll Hall of Fame induction speech. Luckily, Springsteen returned to the show later to perform a piece from his show that Robert De Niro (aptly!) dubbed “Jersey Boy.”

Most Talented (At Least at Cedar Shoals High School): Unbreakable Kimmy Schmidt star Tituss Burgess hit the stage alongside his high school yearbook title and a glorious photo of his first role in the theater.

Best Advice: “Be your true self and the world will take note,” said Lindsay Mendez accepting her award for Featured Actress in a Musical for her work in Carousel. She explained that she had been told to change her last name “from Mendez to Matthews” or risk not being hired, but held fast and earned a Tony Award to prove them wrong.

Best Skill to Add to Your LinkedIn Profile: According to Nathan Lane, Angels in America playwright Tony Kushner is such “an adorable genius” that “even his emails are Pulitzer worthy.”

Worst Sia Cover: Hosts Josh Groban and Sara Bareilles returned to the stage for a Broadway-themed take on Sia’s song, “Chandelier.” The tweaked lines paid homage to theater’s grueling eight-times-a-week schedule: “I’ll see my friends when the contract ends” and “I’m holding on for dear life/someone please check on my kids and my wife.”

Most Tear-Jerking Ten Minutes: It all started with Ari’el Stachel crying onstage, while looking at his parents, as he confessed that in the past, he avoided bringing them to events, because he never wanted to admit he was Middle Eastern. His role in The Band’s Visit helped him change his view about his identity. “Your biggest obstacle may turn into your purpose,” he said to the audience as he accepted the Tony. Then Ming-Na Wen presented the education award to Melody Herzfeld, the drama teacher at Marjory Stoneman Douglas High School who kept her students safe during the school shooting in Parkland, Florida. Then her students showed up to perform “Seasons of Love” and earned a standing ovation from the gathered Broadway Royalty.

Best Harry Potter Cosplay: While Sara Bareilles cast an excellent, if somewhat delayed Incendio spell, Josh Groban turned himself into Harry Potter (or at Least Jamie Parker, who plays him in Harry Potter and the Cursed Child) without any Polyjuice Potion. His admission letter to Hogwarts is undoubtedly on its way.

Second Best Triple Crown: Glenda Jackson was an actress and quit her day job to be a member of Parliament and then returned to Broadway in Edward Albee’s Three Tall Women, for which she won the Tony Award. The win meant that Jackson, like Justify, won the Triple Crown this weekend — it’s an honor bestowed upon actors who win at least one competitive Oscar, Emmy and Tony Award.

Best Color Coordination: The cast of The Boys in the Band showed up in perfectly complementary outfits

Most Embarrassing Moment: When John Tiffany took home the prize for his directorial work on Harry Potter and the Cursed Child, he said his thank yous and then asked the entire crowd at Radio City to sing “Happy Birthday” to his boyfriend, David Knock. When the camera cut to him, it looked like he wanted to pretend he dropped his phone and crawl under the seat in front of him. He also looked touched, but mostly that he wanted to use a little of that Harry Potter magic to disappear.

Darkest Confession: John Leguizamo won a Special Tony Award and gave a heart-warming speech about the impact of theater on his life, “I’m a living example of how theater can change you. It didn’t just change me, it saved me,” he said. And then he admitted in front of many, many witnesses that his dramatic skills killed famed acting coach Lee Strasberg. Anyone want to chip in for bail money?

Best Way to Celebrate Pride: After accepting his prize for Angles in America, Tony Kushner ended his acceptance speech by saying: “What kind of homosexual would I be if I didn’t say it’s June 10? Happy birthday, Judy Garland!”

Biggest Missed Opportunity: Tony Shalhoub won for his performance in The Band’s Visit, but not for Best Mustache on Broadway.

Most Famous Goat: Once On This Island won best musical revival, meaning that its resident goat is now the most famous goat on Broadway. 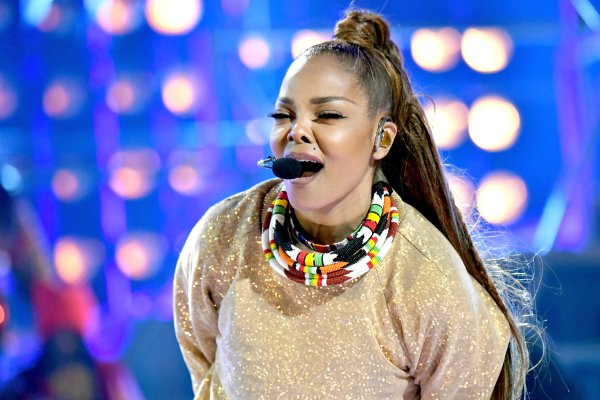 The Best, Worst, Weirdest, and Wildest Moments of the Billboard Music Awards 2018
Next Up: Editor's Pick