'This Is the Final Verdict. My Fight Is Over.' Political Commentator Charles Krauthammer Has Terminal Cancer

The 68-year-old, who was a regular contributor to TIME in the 1990s and 2000s, wrote in a column in the Washington Post Friday that he was nearing the end of a battle with abdominal cancer.

“There was no sign of it as recently as a month ago, which means it is aggressive and spreading rapidly,” Krauthammer wrote. “My doctors tell me their best estimate is that I have only a few weeks left to live. This is the final verdict. My fight is over.”

Krauthammer was a longtime Fox News columnist and commentator and appeared regularly on Special Report with Bret Baier, though he has been missing from the air for the past ten months during his cancer treatment. He thanked his colleagues and viewers for their support throughout his career.

Krauthammer spent much of his early career in journalism at the Washington Post, where he won the Pulitzer Prize in commentary in 1987. He originally trained as a psychiatrist, graduating from Harvard Medical School. He later took jobs in the administration of President Jimmy Carter and with Vice President Walter Mondale.

“His always principled stand on the most important issues of our time has been a guiding star in an often turbulent world, a world that has too many superficial thinkers vulnerable to the ebb and flow of fashion, and a world that, unfortunately, has only one Charles Krauthammer. His words, his ideas, his dignity and his integrity will resonate within our society and within me for many, many years to come,” Murdoch said.

Krauthammer ended his column by telling readers that he has no regrets.

“It was a wonderful life — full and complete with the great loves and great endeavors that make it worth living. I am sad to leave, but I leave with the knowledge that I lived the life that I intended.” he wrote. 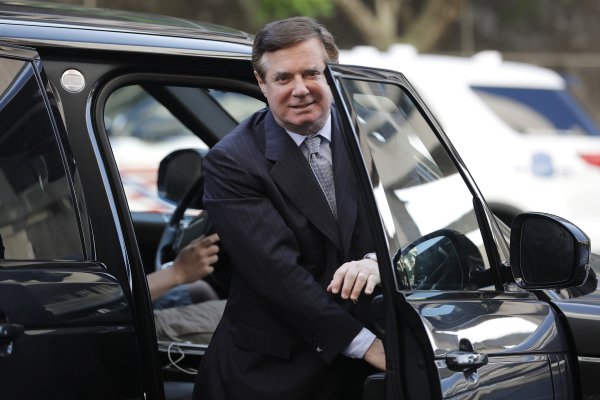 Robert Mueller Indicts Konstantin Kilimnik and Hits Paul Manafort With Another Charge
Next Up: Editor's Pick