'He Was My Love, My Rock, My Protector.' Asia Argento Speaks Out About Anthony Bourdain's Suicide

Asia Argento described Anthony Bourdain as “my love, my rock my protector” in a statement on Friday, hours after his death shocked the world.

The celebrity chef was found dead in in a hotel room in France Friday morning from an apparent suicide. He was 61.

The Italian actress and director had been dating Bourdain since 2017.

“Anthony gave all of himself in everything that he did,” Argento wrote. “His brilliant, fearless spirit touched and inspired so many, and his generosity knew no bounds. He was my love, my rock, my protector. I am beyond devastated My thoughts are with his family. I would ask that you respect their privacy and mine.”

Argento was one of the first women to speak out against producer Harvey Weinstein. She accused Weinstein of sexually assaulting her in the 1990’s. Weinstein has repeatedly denied allegations of non-consensual sex.

Bourdain was publicly supportive of Argento and the #MeToo movement, both on social media and in his statements.

“I am proud and honored to know you. You just did the hardest thing in the world.” he tweeted in October. 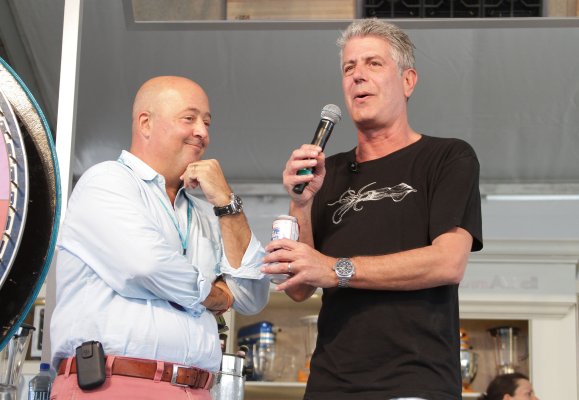 'A Piece of My Heart Is Truly Broken.' Andrew Zimmern Remembers 'True Friend' Anthony Bourdain
Next Up: Editor's Pick