Celebrity chef Anthony Bourdain was found dead in his hotel room in France Friday morning from an apparent suicide. He was 61.

Bourdain’s death was confirmed by CNN, which noted he was filming an episode of his show Parts Unknown.

“His love of great adventure, new friends, fine food and drink and the remarkable stories of the world made him a unique storyteller,” the statement said. “His talents never ceased to amaze us and we will miss him very much. Our thoughts and prayers are with his daughter and family at this incredibly difficult time.”

Bourdain was found by his friend Eric Ripert, co-owner of the world-famous restaurant Le Bernardin and a common companion on Bourdain’s show, CNN said.

The New York City-born chef is survived by his daughter, 11-year-old Ariane. Bourdain separated from her mother, Ottavia Bourdain, in 2016 after nine years of marriage. “We love each other. We respect the decisions the other has made. And we’ll always consider ourselves a family,” she said in a statement.

Bourdain had been in a relationship with Italian actress and director Asia Argento, who was one of the first women to accuse Harvey Weinstein of sexual assault (Weinstein has denied all allegations of non-consensual sex). He had actively been supporting Argento and the #MeToo movement. After Argento made a scathing speech about Weinstein at the Cannes Film Festival in May, Bourdain told IndieWire he was “so proud of her.” “I am honored to know someone who has the strength and fearlessness to do something like that,” he added.

He also wrote about his travels and culinary adventures in his 2000 memoir, Kitchen Confidential: Adventures in the Culinary Underbelly, which was a New York Times bestseller.

In an interview with TIME in 2015, Bourdain revealed he had been surprised by the book’s success. “A lot of people offered me things in the wake of that, and I was careful about what I said yes to. I live by something called a no-a–hole rule: Whatever it is I’m considering, I ask myself, whoever I have to deal with in this project, if they call me at 11 o’clock at night, will it be O.K.? I don’t want to have to pick up thinking, Oh, that a–hole’s on the phone,” he said.

The announcement of Bourdain’s death comes three days after fashion designer Kate Spade committed suicide in her Manhattan apartment. Federal data shows that suicide rates have increased steadily across nearly every demographic over the past two decades, rising by 28% from 1999 to 2016. 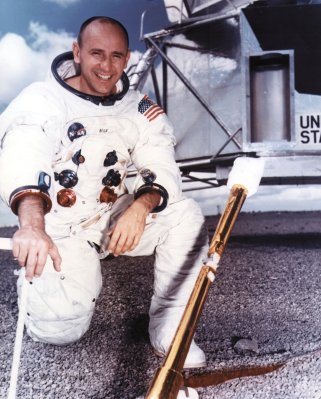 Famed Astronaut Alan Bean Dies at 86
Next Up: Editor's Pick