Why Singapore? 6 Reasons the Asian City-State Is Perfect for the Trump-Kim Summit

Singapore was not the bookies’ favorite for Tuesday’s historic summit between the U.S. and North Korea. Much better odds were on the Korean Demilitarized zone, or DMZ, where Kim Jong Un met South Korean President Moon Jae-in in April, or even that bastion of neutrality Switzerland, where Kim spent four years of schooling as a child.

But on closer examination, Singapore is perfect for a summit of this magnitude, and it’s understandable why Kim and Donald Trump would agree to meet in the freewheeling equatorial city-state while they engage in historic denuclearization talks.

1. It’s safe: Singapore’s policing, security and intelligence services are first-rate, borne out by the fact it’s ranked the safest nation in Asia, and sixth safest nation in the world, according to risk analysis website SafeAround. Singapore’s Armed Forces also punches above its weight, with military service obligatory for its 6 million citizens.

2. It’s experienced: Singapore regularly hosts prestigious events like the annual Shangri-La Dialogue that attract billionaires and world leaders, so high-level security is second nature. It is also accustomed to hosting sensitive summits: In November 2015, Chinese President Xi Jinping and Taiwan’s then-President Ma Ying-jeou chose Singapore for the first face-to-face meeting between the leaders of their respective states since their split at the end of China’s civil war in 1949.

3. It’s close: At around seven hours, the flight from Pyongyang to Singapore won’t even be Kim’s longest foreign journey this year, given he spent over 24 hours traveling to Beijing by train. And it’s much closer than many of the alternative suggestions, such as Switzerland, which some have suggested North Korea’s decrepit aircraft couldn’t reach in a single hop.

4. It’s rich: It helps that Singapore is prosperous, given sanctions-riddled North Korea won’t be stumping up much of the organization costs. Asked whether Singapore will be bearing the cost of the summit, Defense Minister Ng Eng Hen told reporters on June 2, “Obviously yes, but it is a cost that we’re willing to bear to play a small part in this historic meeting.” That was unlikely to be the case in some other location suggestions, such as Mongolia.

5. It’s neutral: Singapore has more than four decades of diplomatic ties with Pyongyang, though they have been curtailed by recent U.N. sanctions. Before 2016, North Koreans could travel to Singapore visa-free, making it a popular shopping, entertainment and medical treatment venue for the country’s elites. Kim Jong Un’s half-brother, Kim Jong Nam, reportedly spent a lot of his time here until his assassination by suspected regime agents at Kuala Lumpur Airport in February, 2017. At the same time, Singapore is a major trading and security partner of the U.S., despite not being a treaty ally.

6. It won’t be bullied: There are few countries around the world that refuse to kowtow to American pressure. Even China agreed to repatriate three UCLA basketball players in November upon a request from Trump, despite their detention for shoplifting. That’s unlikely to have happened in Singapore. In 1994, Singapore even caned— a common form of corporal punishment here — American teenager Michael P. Fay after his conviction for theft and vandalism. Singaporean authorities were unmoved by Washington’s appeal for clemency, straining bilateral relations at the time. 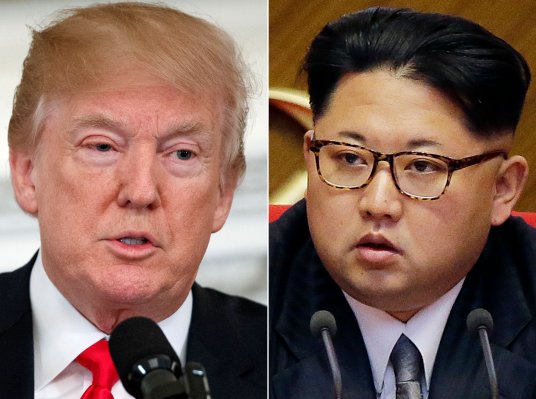 Everything We Know So Far About the Trump-Kim Summit
Next Up: Editor's Pick