Maryland gubernatorial candidate Rich Madaleno released a campaign ad this week portaying the Democrat as a progressive antidote to President Donald Trump, culminating with a same-six kiss and the refrain, “take that, Trump.”

Madaleno, a Democratic state senator, promises “to deliver progressive results and to stand up to Donald Trump” in the 30-second ad, which began running Thursday, according to USA Today.

The ad lists some of Madaleno’s accomplishments that “have already infuriated” the president before touting “the number one way I piss off Donald Trump and the Republicans.”

“Take that, Trump,” Madaleno says after kissing Mark Hodge, his husband of 16 years.

The ad is running in Maryland ahead of the state’s June 26 primary, and on Fox and Friends in the Washington, D.C. area.

“The refrain is ‘take that Trump’ — so we wanted to make sure the president had an opportunity to see this ad, and went with the network he tunes into,” said Madaleno campaign manager Keith Presley, according to USA Today.

Madaleno is one of seven candidates running to unseat incumbent Republican governor Larry Hogan, who is not mentioned in the ad.

As a state lawmaker, Madaleno backed a bill legalizing same-sex marriage in the state in 2012. His gubernatorial campaign platform also includes a measure banning sexual conversion therapy among other progressive policies.

Read more: My Hellish Youth in Gay Conversion Therapy and How I Got Out

“June is LGBT Pride Month and I couldn’t think of a better time to release this ad,” Madaleno said in a statement. “Love truly does trump hate.” 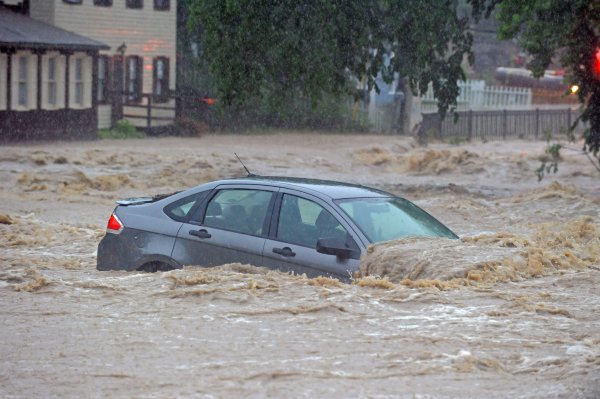 Search Underway for Missing Guardsman After Flash Flood
Next Up: Editor's Pick