Bill Clinton has been disappointing women who believe in him for decades now. And this week, while on a press tour for the novel he co-wrote with James Patterson, he didn’t fail to fail them again.

This was the first time Clinton has been in the spotlight since the #MeToo movement changed how we think about sex and work and power. Of course we all wanted to know whether this man who’d been accused of sexual harassment would be asked whether the outpouring of hurt and rage from innumerable women over the last eight months has changed how he sees his past and the way he’s treated women. And yet when journalists asked him that very question, we saw that, somehow, this former president with his formidable intellect — and many formidable female influences — still does not understand that the #MeToo men include him, too.

During a now infamous Today interview on June 4, when asked whether he’d apologized to Monica Lewinsky in the aftermath of the national scandal that followed their affair, Clinton said that he had, but then moved immediately on to the price he paid, literally: “Nobody believes I got out of that for free. I left the White House $16 million in debt.” And in a very Trumpian way, he pointed to his sky-high job approval numbers upon leaving office, referring to them as evidence that two-thirds of Americans were “on his side” in the Lewinsky matter. And maybe they were then, but not so much after #MeToo and even less after that interview.

When asked by the New York Times whether in the wake of #MeToo he believes his affair as president with a 22-year-old intern, Monica Lewinsky, was sexual harassment or an abuse of power — as she now believes it is — he said: “I’m the last person in the world who ought to be weighing in on it.”

But here’s the thing: Bill Clinton is the first person in the world who should have weighed in on workplace sexual harassment when the issue blew up last year. Not just to quell his own demons, but for all of us.

As Stephen Colbert pointed out to Clinton himself, “Your behavior was the most famous example of a powerful man sexually misbehaving in the workplace of my lifetime.” As the poster boss for a particularly ugly abuse of power, he had a unique chance this week to become a transformative figure, to carve a path past the defensive denials and limp apologies of his fellow accused and toward some sort of real empathy. And he blew it. He acted like most of the rest of them — including the current president.

Imagine if, when asked what he’d say to Monica Lewinsky now, Clinton had understood that by taking that opportunity to say something authentic and empathetic, he’d not only be speaking to Lewinsky, but also to all the other women in his life whom he hurt and then dismissed as the world called them mercenary, predatory or bimbos.

If he’d shown that he has evolved, that he now understands the emotional damage he caused, it would have been a step toward giving all the women of #MeToo the essential dignity of being acknowledged. A real apology might even help his party. The Republicans have effectively used Clinton’s behavior to excuse Donald Trump’s boundlessly awful treatment women, and might still be able to do it in the next Presidential election even without Hillary Clinton on the ballot.

Most importantly, actual signs of repentance would be a modicum of justice for Lewinsky, whose young life was ruined not by a cruel press and the so-called right-wing conspiracy, but by the cascade of events that Clinton unleashed by denying that they had a relationship effectively accusing her of lying. And because he did that under oath, the hounds of politics turned it into a global scandal that hurt her far more than him. If only he’d said yes, I was unfaithful with a decent young woman who deserved better. The unique cruelty of a transgression compounded by being labeled a liar is a lifelong wound for those who accused powerful men and were not believed.

That is the injustice that Bill Clinton had a chance to address this week. He could have moved #MeToo forward and promoted reconciliation in the way that activists like Ashley Judd have been calling for: “We still wait for an accused who can and will embody what the #metoo movement and our society needs and wants: someone who can… address their abuse of power with culpability and integrity.”

But Bill Clinton seems to have skipped the public culpability and accountability phase and moved directly to the reformed sinner preaching phase. He told the New York Times that he wanted to tell a new generation that “the journey [he’d] been on the last 20 years is one the country has to take and that #MeToo is demanding we take it and the sooner the better.”

Maybe it doesn’t matter. There isn’t a great demand for him to campaign for Democratic candidates these days; he’s got more baggage than influence. And even if he hasn’t taken a real journey on this issue, most of us are on the way. And a new zero-tolerance generation is already there. To them, Monica Lewinsky is the one who’s got something to teach them, not Bill Clinton.

Recently, Lewinsky wrote about being stranded in the wilderness of shame for many years after her name became synonymous with scandal in Vanity Fair. She described how she had been “abandoned most of all by the key figure in the crisis.” And now she says, she’s no longer alone. Just ask Town & Country magazine, which a few months ago had the audacity to disinvite Lewinsky from a charity event after Bill Clinton decided to attend. When that insult became public, the magazine heard loud and clear from outraged women (and men). They apologized.

The shame may finally have been transferred where it should have been all along, to the former president himself. Now Bill Clinton is the one looking alone and outdated as he talks about faxing comments to his writing partner. And there are few people defending him other than 71-year-old Patterson, who jumped in during one interview to argue that the statute of limitations had run out on the Lewinsky questions: “It’s been it’s been 20 years. Stop it.” 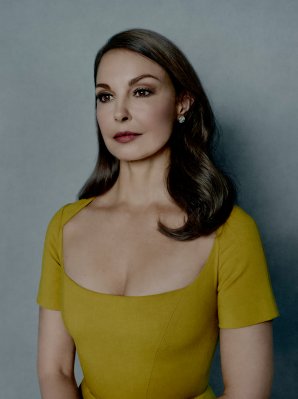 What Harvey Weinstein's Arrest Does — And Doesn't — Change for the #MeToo Movement
Next Up: Editor's Pick