Suicide Rates Are Rising In Nearly Every State, CDC Says

Suicide rates are climbing in nearly every demographic, age group and geographic area, according to new data from the Centers for Disease Control and Prevention (CDC).

Deaths by suicide have increased by around 30% since 1999, claiming nearly 45,000 lives in 2016, according to the report. Those trends apply to nearly every segment of the U.S. population: Suicide rates have increased in 44 states, among all racial and ethnic groups and in every age range except adults older than 75. In half of all states, suicide rates increased by 30% or more.

The report also looked at people who died by suicide in 27 states, and found that more than half (54%) did not have a known mental health condition, highlighting the complicated nature of suicide. Most cases, Schuchat says, can’t be traced back to one single cause or trigger.

“It’s important that we think about this in more broad terms than just as a mental health condition,” Schuchat says. “Even people who seem that they’re happy, seem that they’re functioning, seem that they don’t have severe depression evident, or at least diagnosed, may be close to taking these extreme measures.”

Many people who died by suicide, according to the report, had recently experienced difficult life events such as relationship problems, physical ailments, financial stress and job or home loss. Substance abuse was also common among those who died by suicide, particularly among those with a known history of mental health conditions. “Being there for your friends and colleagues and family when they’re going through a difficult time can be quite important,” Schuchat says.

The data also shows that about 22%-24% of people who died by suicide, regardless of whether or not they had a diagnosed mental health condition, disclosed their intent at some point, underscoring the importance of taking such comments seriously.

A range of strategies could help prevent suicides, from expanding access to mental and behavioral health care to improving education around individual coping skills and institutional supports, the report says.

On an individual level, it’s also crucial to look out for the people in your life, Schuchat says. If you’re worried about someone, she recommends taking action by “engaging in a conversation that goes a little bit deeper and letting them know that you’re there, that you can listen to what they need you to listen to. We need to be more connected. We need to be there for each other — both as individuals and family members, and really as a society.” 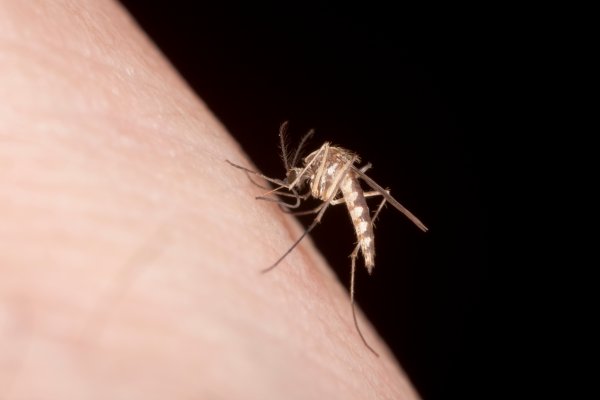 9 Kinds of Bug Bites You Might Get This Summer — and What to Do About Them
Next Up: Editor's Pick