Before and after satellite images show the horrifying scale of the destruction left in the wake of the Guatemala volcano eruption.

The pictures, from satellite imagery company Digital Globe, show the world-famous La Reunion Golf Resort on April 7, 2017 and on Wednesday – days after the eruption of Volcan de Fuego, Spanish for “volcano of fire.”

The once lush, green resort appears completely blanketed by lava and grey ash. The golf course, which is four miles from the volcano, was the host of the Latinoamerica PGA tour since 2014 and kicked off the 2018 Guatemala Stella Artois Open in March. The resort was immediately evacuated following Sunday’s eruption.

This combo of two satellite images provided by Digital Globe shows La Reunion Golf Resort pictured on April 7, 2017, top, and the same area encased in volcanic ash on June 6, 2018, three days after the eruption of the Volcan de Fuego, which means in English "Volcano of Fire," at the base of the volcano in Escuintla, Guatemala
2018 DigitalGlobe, a Maxar company via AP

Guatemalan authorities have confirmed 99 people died, but only 28 have been identified, due in part to the volcanic flow leaving bodies un-recognizable. Some 197 are still missing. 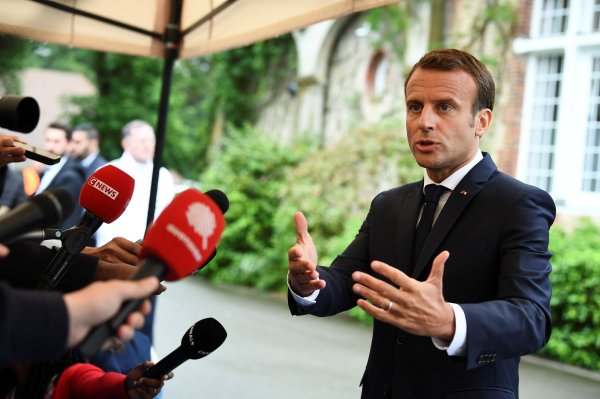 France Is Voting on a Law Banning Fake News. Here’s How it Could Work
Next Up: Editor's Pick