Why So Many Afghan Girls Are No Longer at School

A mother and her three daughters set out for the first day of the school year in Kabul, on March 24
Wakil Kohsar—AFP/Getty Images
By Abigail Abrams

Nearly half of Afghanistan’s children do not attend school because of war, widespread poverty and cultural factors, according to a new report released June 3 as part of the U.N.’s effort to identify where and how children are kept away from education. This marks the first time that attendance has declined since the situation improved after the 2001 fall of the Taliban, which had prohibited all girls from attending school.

Starting in 2002, investments in education from ’02 led to increases in literacy and school attendance rates. But 3.7 million children–or about 44% of Afghans 7 to 17 years old–are still not going to school, according to the report from the country’s Education Ministry and UNICEF. Girls, who make up 60% of children missing school, are far less likely than boys to attend at every age; in the worst-affected provinces, more than 85% of girls are not in school.

While Afghanistan’s constitution calls for free school education, the reality looks quite different. Violence regularly disrupts schooling in many parts of the country, a situation that has escalated in recent years as the Taliban has reclaimed control over a number of areas. Afghanistan’s financial crisis has also hindered efforts to expand infrastructure and train teachers. And for girls, there can be other obstacles. Child marriage remains the second most reported reason for girls leaving school, and some parents simply keep girls home out of fear or reversion to traditional roles.

The report recommends specific actions Afghanistan can take (like recruiting more female teachers), but conflict continues, and threats from ISIS and other armed insurgents have closed dozens of schools in recent months. The situation is sure to put to the test the promise made in the report by acting Education Minister Mohammad Ibrahim Shinwari: that, since “education is one of the most powerful and proven vehicles for progress,” his country is committed to change. 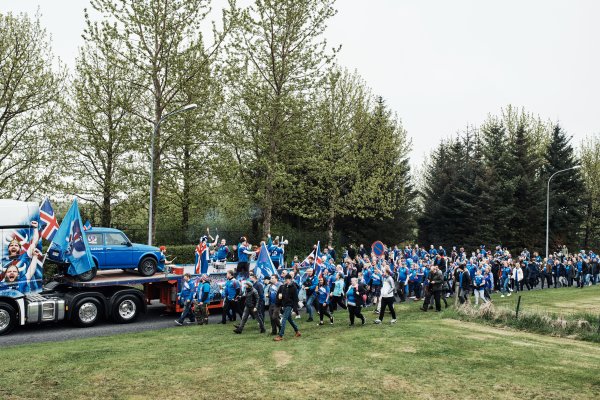 How Iceland Became the World Cup’s Ultimate Underdog
Next Up: Editor's Pick