Players from Iceland, the smallest country to qualify for a World Cup, warm up before a June 2 match against Norway.
Thomas Prior for TIME
By Sean Gregory

The hopes of an entire soccer-mad nation will soon be riding on the hands of Hannes Thór Halldórsson. But on this chilly morning in late May, Iceland’s goalkeeper uses his powerful mitts not to stop a blast from Lionel Messi but to gently tap the tiny shoulder of a Reykjavík kindergartner. Halldórsson asks the boy, who’s wearing a blue Iceland soccer jersey and has his country’s flag painted on both of his cheeks, to move a little to his right. Halldórsson then glides back across the floor–shoes off in the classroom, even for national team stars–and peeks at the video camera. Now the shot looks better.

He would know. Until about four years ago, when he finally received a professional soccer contract to play in Norway, Halldórsson, 34, was a full-time filmmaker. So when Coca-Cola sought a director for its World Cup commercial in Iceland, the smallest country ever to qualify for the World Cup–its population, about 350,000, is barely bigger than that of Corpus Christi, Texas–the team’s goalie got the nod. 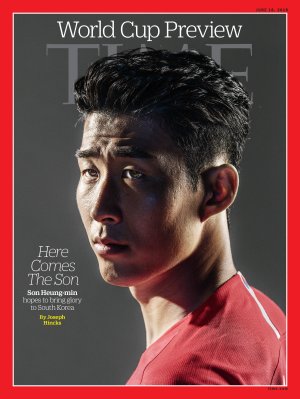