After much deliberation and negotiation, President Trump and North Korean leader Kim Jong Un are set to meet for an historic summit in Singapore on June 12. The summit will mark the first time that a sitting U.S. president has met with the leader of the isolated nation, and the world will be watching their every move.

TIME’s Beijing correspondent Charlie Campbell answered questions about the upcoming summit, touching on everything from the geopolitical stakes to Dennis Rodman’s rumored appearance, in an hourlong Reddit AMA session on June 6. Campbell has reported on Asia for TIME for five years, including the last two as Beijing correspondent, and has written dozens of stories on North Korea, including its nuclear program, the kidnap of citizens and the psychology of the Kim clan.

Here are six takeaways from his AMA session:

Is the summit a triumph for Trump or for Kim?

“Given Trump’s domestic travails, it’s a win for him. But it’s certainly a bigger win for Kim. All North Korean leaders have wanted a summit with the U.S. president but have been denied because of their bad behavior, and because the U.S. doesn’t have diplomatic relations with North Korea.

Now the U.S. president is flying half-way around the world to meet with Kim, precisely because he has developed a nuclear weapon that can threaten the U.S. Kim can portray this at home as America coming to Asia to beg for its safety.”

Could an end to the Korean War be an outcome, and how significant would this be?

“It could be very significant. Ending the Korean War gnaws away at the rationale for the U.S. to keep its troops in South Korea and Japan, as ostensibly there would not be any local threat any longer. This would be good news to China, which has long loathed American forces on its doorstep.

South Korean President Moon Jae In has voiced his support for this declaration while maintaining that the Republic of Korea-U.S. alliance remains strong. Others in his administration, however, have questioned whether they need a U.S. alliance at all.”

North Korea's leader Kim Jong Un shakes hands with South Korea's President Moon Jae-in at the Military Demarcation Line that divides their countries ahead of their summit at the truce village of Panmunjom on April 27, 2018.
Korea Summit Press Pool—AFP/Getty Images

What do South Koreans make of the meeting and possible reunification?

“Older people, in general, still favor reunification. But the younger generation overwhelming don’t. The Koreas split in 1953, so you’d have to be over 80 to have any recollection of the united Peninsula. For South Korean youth, North Korea is an annoyance they just want to ignore. And its pretty galling for their future to be decided by the U.S. president.”

What are the security restrictions on either delegation?

“We will have to see! The Singaporean authorities are well-versed in high-level security and so I’m not expecting any problems, as both sides will want to appear cordial to their hosts.

“Of course, normally North Korean officials will collect every object Kim Jong Un has touched — plates, forks, pens, napkins — to avoid leaving any genetic material behind. The idea is that they don’t want the U.S. to have his DNA to be able to make a positive ID should war break out and he is captured or killed.”

What would be the biggest mistake Trump could make at the summit?

“Dealing with North Koreans is always fraught, as they are punctilious about protocol. But Kim Jong Un has been educated in the West, and I think is likely to be more forgiving of those kinds of faux pas. And Trump, to his credit, has been gushingly polite when meeting Asian leaders abroad.

I think the main problem would be laying down the law or making any unbending demands at the outset. If its just a meet and greet, it should go fine. Of course, Trump doesn’t drink, and drinking is a HUGE part of Korean culture — its how people unwind and express honestly by letting their guard down. So that could be an issue.”

What is the craziest thing you’ve found in your travels?

“That’s a tough one. There was an old guy selling frog oil at the Chinese border with North Korea, which is squeezed from the frogs’ stomach sacks. Good for “male potency” apparently.”

Visit the full TIME Reddit AMA session to read more of Campbell’s answers on the summit, his experiences reporting on North Korea and China, and more. 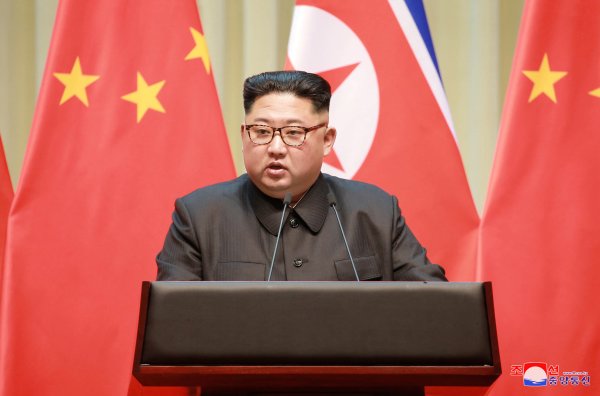