Here Are Our Predictions for the 2018 Song of Summer

It’s heating up. No, not just the weather: also the race to become 2018’s song of the summer.

Between Drake, Calvin Harris and Cardi B, listeners have an eclectic mix of tracks on their hand — and no clear frontrunner. This isn’t like last year, when Luis Fonsi and Daddy Yankee’s “Despacito” took the competition by a landslide.

Songs of summer are often released in the winter or spring, finding their way to ubiquity as they have time on the charts to achieve mass culture saturation. (“Despacito” was released in January 2017, and got an added boost from a April Justin Bieber remix, for instance.) In 2016, Drake’s “One Dance” was the big winner of the year; in 2015, it was OMI’s “Cheerleader,” a fun-loving, tropical track that technically came out all the way back in 2012 — and got a 2014 remix — before finding summer success later on.

For our 2018 song of summer contenders, TIME considered the all-important charts, Spotify’s streaming predictions and, of course, our own instincts — because the song of summer isn’t just about the data. It’s about that ineffable feeling of blue skies, hot nights, wild parties and endless possibilities.

“I Like It,” Cardi B feat. Bad Bunny and J Balvin

You could say “I Like It” follows in the footsteps of last year’s “Despacito,” mixing an irresistible Latin base (this time it’s boogaloo) with reggaeton-style rap (this time in the form of Bad Bunny and J Balvin) and an American artist with star power (this time it’s Cardi B). But you could also say that “I Like It” is its own creature, the type of song that’s timeless in sound but topical in content (Cardi B’s line about “Balenciagas that look like socks” could only reference 2018 fashion) — and, thanks to the international appeal of its artists, global in scope. In any case, “I Like It” was not promoted as one of Cardi B’s singles. But it organically caught on among listeners, making moves on Spotify’s trending playlists and slowly but steadily climbing the Billboard charts, where it’s currently ranked at number three even though it’s been out for months — and still on its way up.

“Nice for What,” Drake

This one is for the ladies. Drake, at least, knows what’s trending currently in pop culture: female empowerment. Over a smart use of a sample of the Lauryn Hill song “Ex Factor”, Drake once more worked his summertime magic with this warm, crowd-pleasing party anthem, released in April with a star-studded music video to boot. In the vein of “Hotline Bling,” it remains relaxed in style but guaranteed to kickstart a singalong if (and when) it comes on.

“This Is America,” Childish Gambino

“This Is America” is not your typical summer song: not only is the topic overtly political, but even the structure of the song makes it near impossible to listen to casually as it whipsaws between gospel chorus warmth and a cold trap beat. But Childish Gambino (also known as Donald Glover) is also not your typical artist, and his surprise release captured attention in the way only he can. You may not be dancing to “This Is America” at the club, but it’s bound to be stuck in your head, raising questions even as you sing along.

Israeli multi-instrumentalist and singer-songwriter Dennis Lloyd released his undeniable earworm back in 2016, but like many tracks from artists outside of the accepted mainstream celebrity canon, it just took some time for “Nevermind” to make headway and find its audience. With a warm beat, toe-tapping rhythm and looping melody, it’s a song that plays just as well on repeat in the background as turned up to full volume, giving it that ideal mark of summertime flexibility.

“Lullaby,” by the English DJ and producer Sigala, feels destined for dance floors and movie soundtracks (to play over the most uplifting montages only). A tropically-tinged electronic track in the vein of past summer favorites, it has all the hallmarks of a hit — danceable beat, easily memorized chorus, relatable yet vague content overshadowed by the vibrance of its marimba-filled production. In this case, that’s definitely not a bad thing.

Never knock Scottish DJ and producer Harris for his savvy when it comes to groovy club jams like this one, featuring the honey-voiced Dua Lipa. With a nod to 90s dance beats and an easy, repetitive structure, “One Kiss” plays to all audiences. Its reverberating synths, echoing chorus and optimistic vibe turn it into a dreamy reverie on the potential for love — something that’s all the more appealing in the summer months.

Off genre-bending artist Post Malone’s long-gestating album beerbongs & bentleys, “Better Now” hits an intermediate groove between sad breakup song and simmering summer jam. The trap-influenced track gets a lift from Malone’s strong sense for melody, and while the lyrics yearn nostalgically after a love gone awry, unfussy production turns the overall sentiment into something mellow, reflective and just lazy enough for a season of sun-drenched afternoons.

“In My Blood,” Shawn Mendes

Urgent and earnest, “In My Blood” was one of the first two singles that Shawn Mendes shared in the lead-up to his spring self-titled album. With its rock ‘n’ roll intensity countered by vulnerable crooning, Mendes’s anti-anxiety anthem doesn’t exactly scream “summer jam.” But it’s hit a resonant chord with audiences, staying in chart position and even climbing over the last week. Better yet, the ultimate message is one of uplifting and overcoming. Perhaps we’re ready for a new kind of summer song after all.

A January Drake drop from his two-song Scary Hours EP, this one still doesn’t seem to be going anywhere all these months later. It’s a crowd-pleaser with a nice message, a steady, chilled-out but insistent beat, and a feel-good vibe. Plus, who doesn’t relate to “I only love my bed and my mama, I’m sorry” — especially when you just don’t want to go to work in the summer?

A slow-breaking hit, U.K. R&B singer-songwriter Mai’s “Boo’d Up” is a throwback to slow jam styles of another era. Steamy and sparkling with Mai’s expressive, casually powerful voice, it speaks to love flings lost and found. Sip a cocktail, switch on “Boo’d Up” and slide into your feelings with Mai as your guide.

Anything that Ariana Grande released this spring was guaranteed to be big, so her return with “No Tears Left to Cry” was in many ways a foregone conclusion, no matter its style. Yet despite its ballad-like opening, Grande jumps right into a more dancefloor-ready mode for the rest of the song. “I’m loving, I’m living, I’m picking it up,” she insists, a good enough mantra as any to help revelers get in the mood for a warm-weather evening.

Fresh and bouncy with an acoustic base that morphs into something more, “FRIENDS” is an EDM-pop mash-up with cheeky lyrics, bright energy and an insistent rhythm. Producer Marshmello has a knack for finding the most melodic edge of electronic dance music, and pop singer Anne-Marie injects the song with refreshing confidence. “Don’t go looking at me with that look in your eye,” she sings, laying down the law. “We’re just friends!” Play this one to send a message to someone who isn’t getting it — or just to pump up the party all summer long. 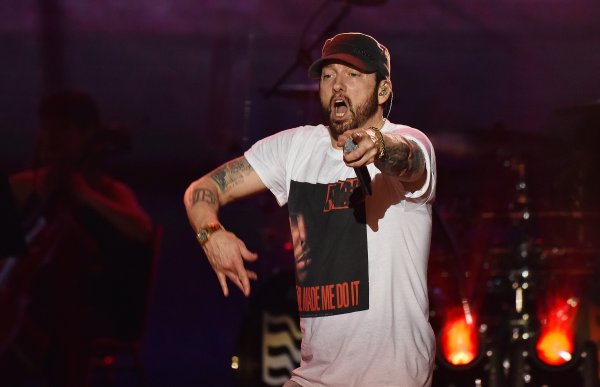