Cate Blanchett and Sarah Paulson Gave the Best, Worst Interview Ever on The Today Show

When a live TV appearance goes off the rails, it can often be painful to watch. But in the case of Cate Blanchett and Sarah Paulson’s Tuesday morning Today Show interview, it was anything but.

While ostensibly promoting their new movie Ocean’s 8, Blanchett and Paulson just couldn’t seem to stop hilariously deviating from the topic at hand—so much so that host Hoda Kotb ended up in tears of laughter.

The pair—who previously starred in the Oscar-nominted Carol together—spent nearly the entirety of the interview riffing off each other, cracking jokes about everything from Paulson’s style to Blanchett’s Academy Awards.

“[Sandra Bullock] and I—we all wrote letters saying please give her something,” Blanchett ribbed Paulson. “Because when it comes around to publicizing the movie, it will say ‘Oscar-winner.’”

Eventually, Kotb was forced to call co-host Savannah Guthrie over to help out, which somehow prompted Blanchett to begin sitting on Paulson’s lap. 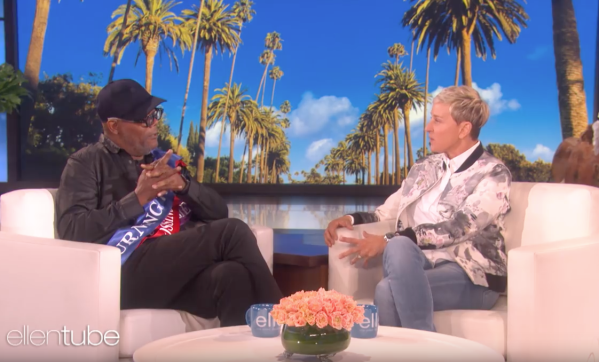 Samuel L. Jackson Wants to Know Why He Wasn't in Black Panther Too
Next Up: Editor's Pick