When is Wimbledon 2018? Your Ultimate Guide to Tennis' Biggest Tournament

Summer is officially here, which means the start of Wimbledon, tennis’ most prestigious event of the year, is just around the corner.

Wimbledon 2018 will be held from Monday, July 2, to Sunday, July 15, at the All England Club in South West London. The first round of play will begin on the 2nd at 11:30 a.m. BST on the outside courts and 1 p.m. on the main show courts: Centre Court and No. 1 Court. The women’s singles final will take place on the second-to-last day, Saturday, July 14, followed by the men’s singles final on the 15th.

Wimbledon is not only the oldest tennis tournament in the world, but also, along with the Australian Open, French Open and U.S. Open, one of the four Grand Slam tennis tournaments. It is the only major still played on grass.

Here’s everything you need to know—from the Wimbledon schedule to the deal with Wimbledon prize money—about The Championships, Wimbledon.

Where does the action go down?

Crowds gather outside centre court on day thirteen of the Wimbledon Championships at the All England Lawn Tennis and Croquet Club, Wimbledon.
Steven Paston/PA Images via Getty Images

Wimbledon 2018, just as the tournament has since 1877, will take place at the All England Lawn Tennis and Croquet Club in Wimbledon, London.

Matches with star appeal—a.k.a. those involving top-seeded players or local favorites—generally take place on the club’s two main show courts, Centre Court and No.1 Court, with the finals and semifinals of main events like men’s and women’s singles always reserved for Centre Court. But don’t be fooled, there’s still plenty of action to catch on the club’s remaining 17 courts.

Unfortunately, there were a number of player complaints last year about the condition of the Wimbledon courts, with Britain’s number one seed Andy Murray describing the playing surface of Centre Court as “not as good as previous years.”

The Wimbledon scheduling committee has also previously come under fire for assigning higher-profile courts to men’s matches rather than women’s.

Venus Williams awaits a serve from Ana Konjuh at Wimbledon 2017.
Roland Harrison/Action Plus via Getty Images

There’s going to be plenty of top tennis talent to keep an eye out for at Wimbledon 2018. In addition to last year’s women’s and men’s champions, Garbiñe Muguruza and Roger Federer, star players like Serena and Venus Williams, Rafael Nadal, Caroline Wozniacki, Novak Djokovic and Simona Halep are all expected to compete in the tournament.

Serena recently pulled out of the French Open ahead of a highly-anticipated fourth-round match against Maria Sharapova due to a chest injury. However, as a seven-time Wimbledon champion, she is still considered a favorite to take home the coveted Wimbledon trophy.

The official draw and seeding for Wimbledon 2018 will be determined on June 29.

The All England Club will award a total of £34 million (about $45.1 million) in prize money to competitors at Wimbledon 2018, with the men’s and women’s singles champions each receiving £2.25 million ( about $2.3 million). This is a 7.6 percent increase on the amount of prize money awarded at last year’s Wimbledon Championships.

The club has also introduced a new “50:50” rule in an attempt to prevent injury withdrawals in the first round of the men’s and women’s singles events. Players can now claim half of their first-round prize money if they withdraw on site by the Thursday before the start of the main draw, with the remaining half going to their replacement. However, if a player competes in the first round and “retires or performs below professional standards,” they may be subject to a fine equal to the sum they received as prize money.

See a full breakdown of the Wimbledon 2018 prize money at Wimbledon.com.

You can purchase tickets for Wimbledon 2018 through sites like StubHub and Ticketmaster—where several hundred Centre Court and No.3 Court tickets will be sold online the day before play. A limited number of tickets will also be available on the day of play to those who line up in the queue at the All England Club.

For those who can’t make it out to the grounds this year, Wimbledon 2018 will be available to stream on WatchESPN, Hulu Live, SlingTV, and DirecTV Now as well as the BBC Sport website and app. 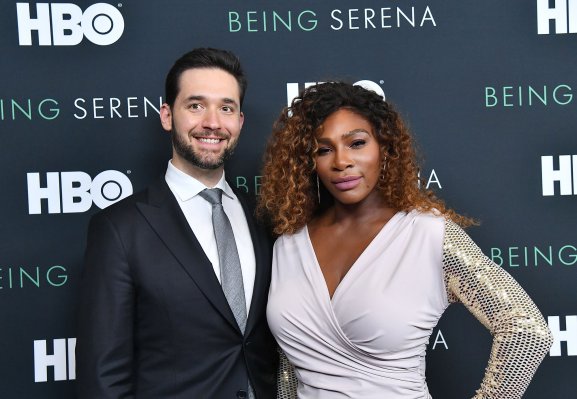