San Francisco voters on Tuesday passed a proposition that will ban the sale of flavored tobacco products including menthol cigarettes and certain vaping liquids, following a heated debate over the proposal.

A flavored tobacco ban in San Francisco was originally approved by city supervisors, but a referendum eventually gathered enough signatures to leave the issue up to voters. When it appeared on the ballot Tuesday, almost 70% of San Francisco voters ended up backing the proposition, CNN reports.

The policy was widely supported by public health advocates, who feel that flavored products, which may increase users’ risks of certain respiratory conditions, are appealing to kids and may encourage them to begin using tobacco. Representatives from the tobacco and vaping industries, meanwhile, were vocally opposed, arguing that limiting access to products such as e-cigarettes could dissuade smokers from trying to quit.

Money was poured into the debate, given its possibility for serving as a nationwide precedent, CNN reports. The tobacco company R.J. Reynolds used nearly $12 million to try to kill the proposition, while former New York City mayor and public health advocate Michael Bloomberg gave more than $3 million to back it, according to campaign finance documents.

Some other cities, including nearby Oakland, have already adopted similar measures. The San Francisco ban is set to take effect this year. 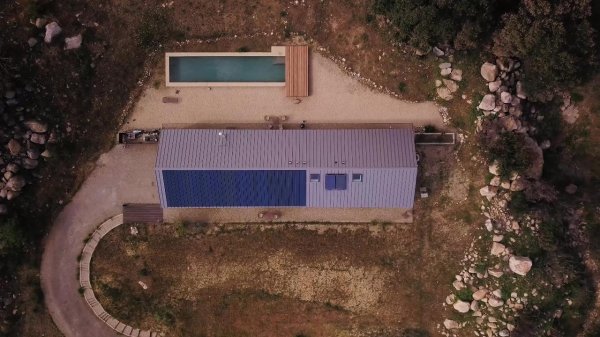 The Lesson of How One California Home Survived Last Year's Historic Wildfires
Next Up: Editor's Pick