When Ireland voted overwhelmingly to repeal its near-total ban on abortion in May, many celebrated the landmark decision as a sign of the country opening a new, more progressive chapter in its history. But it could not have come at a worse time for British Prime Minister Theresa May.

Ireland’s vote has created an uncomfortable anomaly, making Northern Ireland – the area of the island of Ireland that is part of the United Kingdom – one of the only places in Europe where abortion will remain illegal even in cases of rape, incest and fatal foetal abnormality.

Yesterday lawmakers in the U.K. parliament held an emotional debate on Northern Ireland’s abortion ban and on June 7 the U.K. Supreme Court will rule on whether or not it violates women’s human rights.

Bringing Northern Ireland in line with the rest of the U.K., which since 1967 has had one of the most liberal abortion in laws in Europe, may seem like a no-brainer to abortion rights activists. But the issue has created a perfect political storm for the ruling Conservative party. Here’s what to know:

Why is abortion still illegal in Northern Ireland, but not in the rest of the U.K?

Abortion law in the whole of the U.K. is technically regulated by the 157-year-old Offences Against the Person Act, which says any woman who tries to “procure her own miscarriage” will be “kept in penal servitude for life.”

In the rest of the U.K., lawmakers have carved out wide-ranging exemptions to this law, most notably through the the 1967 Abortion Act, which allows abortion without restrictions up to 24 weeks in England and Wales. But this did not extend to Northern Ireland, where the only exemption is for cases of a risk to the life of the mother.

A group of lawmakers, led by Stella Creasy from the Labour Party, now want to scrap the Victorian-era legislation altogether. “What [the law] means is that right now in Northern Ireland […] if you are raped and you become pregnant as a result of that rape, and you seek a termination, you would face a longer prison sentence than the person who attacked you,” Creasy told the BBC.

Why is this an issue for Theresa May and not Northern Ireland’s lawmakers?

Because Northern Ireland is currently without a government. The power-sharing deal between Unionist (pro-U.K.) and Nationalist (pro-reunification) parties forged by the Good Friday agreement collapsed in January 2017, and the legislature, the Northern Irish Assembly, has not been able to sit ever since.

Abortion law in Northern Ireland is currently a devolved issue, meaning only the Assembly can alter it. But with the current power vacuum, rule of the country has effectively reverted to London. Many British lawmakers, including some from May’s own party, say she should use this situation to force through a change on abortion law. “With authority comes responsibility,” said Penny Morduant, the U.K.’s Minister for Women, yesterday on Twitter as she vowed to fight for a lifting of the ban.

Why doesn’t May just lift the ban?

Political expedience may be partly to blame. In national elections in June 2017, May’s Conservatives failed to secure a majority in parliament, hampering their ability to pass legislation. So, May struck a deal with the deeply anti-abortion Democratic Unionist Party, whose ten members of parliament agreed to vote with the government on issues of confidence and government funding. Lifting the ban risks losing the DUP’s support — and, consequently, May’s ability to get legislation through parliament on key issues like the U.K.’s exit from the European Union.

Women’s rights campaigners say the deal means women are being “held hostage by calculations of parliamentary arithmetic”. The DUP says the U.K.’s parliament has no power over their country’s abortion law and that the existing law is “balanced”.

Why is this an issue now?

Because of the referendum in the Republic of Ireland last month, in which 67% voted to repeal the constitutional ban on abortion. Previous opinion polls have suggested 72% of people in Northern Ireland are in favour of at least some relaxation of their own ban.

Yesterday in parliament, a group of mostly female lawmakers raised the same argument used by the pro-abortion side in the Irish campaign – that the ban does not prevent abortion but forces women to travel. An average of 3 women a day travel from Northern Ireland to the U.K. for an abortion. Until last year they were not eligible for free abortions on the U.K.’s National Health Service.

Would Northern Ireland hold a referendum too?

It wouldn’t need to. Unlike in Ireland, where a referendum is necessary to amend the constitution, lawmakers in the U.K. could change legislation without a national vote. If the Supreme Court rules tomorrow that the ban is incompatible with the U.K.’s Human Rights Act, May will be under even more pressure to act. 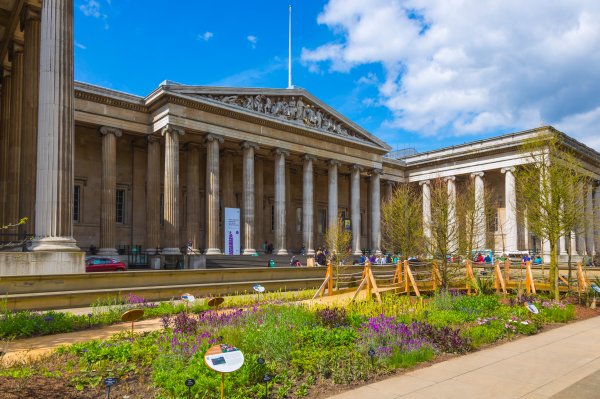 A Teen Girl Was Found Guilty of Plotting a Terrorist Attack in London
Next Up: Editor's Pick