The Colorado baker who took his refusal to bake a wedding cake for a same-sex couple all the way to the U.S. Supreme Court insisted he is not biased against members of the LGBTQ community and serves everyone who walks into his store.

“I serve everybody. It’s just that I don’t create cakes for every occasion,” Jack Phillips told NBC’s Today show Tuesday – one day after he prevailed at the Supreme Court. “I don’t discriminate against anybody.”

Phillips and his Masterpiece Cakeshop became symbols of discrimination for many in the LGBTQ community when refused to make David Mullins and Charlie Craig a wedding cake in 2012. Phillips and his lawyer maintain that his refused was based on deeply held religious beliefs.

U.S. Supreme Court justices ruled 7-2 in Phillip’s favor on Monday in a narrow decision that applied specifically to his case and did not set a broader precedent. In an opinion written by Justice Anthony Kennedy, the court said it took issue with the previous judgment made by the Colorado Civil Rights Commission because it failed to show “religious neutrality” when it ruled against Phillips.

The baker told Today that he also refuses to make Halloween cakes because of his religious beliefs. He said he would refuse to bake anti-American cakes and even cakes that would be “disparaging to the LGBTQ community.”

In this case, he said he offered to make Mullins and Craig other desserts for their wedding, but refused design a wedding cake due to his religious beliefs.

“A wedding is an inherently religious event, and the cake is definitely a specific message,” Phillips said.

In an interview on CNN’s New Day Tuesday morning, Mullins said, “Shock and disappointment are the main emotions that we experienced” after the ruling.

In the court’s opinion, Kennedy wrote situations like these “must be resolved with tolerance, without undue disrespect to sincere religious beliefs, and without subjecting gay persons to indignities when they seek goods and serves in an open market.”

What the ruling did not do, however, was set a larger precedent for whether or not a business owner can claim religious freedom when choosing not to serve members of the LGBTQ community. That question, which some advocates had hoped would be answered with the Supreme Court case this session, will have to wait for another case.

Still, many LGBTQ advocates took issue with the Supreme Court’s ruling Monday. “The Court today has offered dangerous encouragement to those who would deny civil rights to LGBT people and people living with HIV,” wrote Rachel Tiven, the CEO of Lambda Legal, a nonprofit legal organization that serves the LGBTQ community, in a statement.

The American Civil Liberities Union, which represented Mullins and Craig, said the court “reaffirmed the core principle that businesses open to the public must be open to all” in a statement after the ruling.

“The court reversed the Masterpiece Cakeshop decision based on concerns unique to the case but reaffirmed its longstanding rule that states can prevent the harms of discrimination in the marketplace, including against LGBT people,” Louise Melling, the ACLU’s deputy legal director, said. 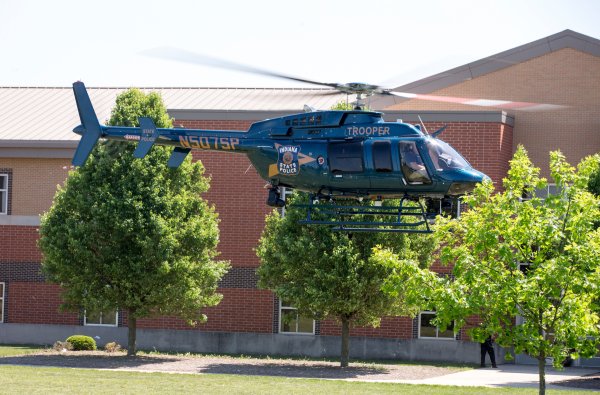