Torrey Smith talks to the media before the game between the Maryland Terrapins and the Michigan Wolverines at Xfinity Center in College Park, Maryland on Feb. 24, 2018.
G Fiume—Getty Images
By Eli Meixler

Former Philadelphia Eagles wide receiver Torrey Smith responded to President Donald Trump’s announcement Monday that players had been disinvited from an annual event honoring the winners of the Super Bowl, calling the decision “cowardly” and “foolish.”

Trump said in a statement that the full squad of the Eagles, who defeated the New England Patriots in Super Bowl LII, would be unable to attend the celebration scheduled for Tuesday after some members expressed that they did not want to join.

“The Eagles wanted to send a smaller delegation, but the 1,000 fans planning to attend the event deserve better,” read the statement, which claimed that players who chose not to attend did so because they “disagree with their President” over whether they should be allowed to kneel during the National Anthem.

“So many lies,” Smith, 29, responded on Twitter, claiming Trump had misrepresented players’ reasons for not wanting to attend. Smith argued in a series of tweets that the partial boycott was not wholly related to the so-called “anthem protests,” and that the president had falsely cast players as anti-military.

The National Football League is embroiled in controversy over some players’ decision to kneel during pre-game renditions of the “The Star-Spangled Banner” to protest racial inequality and police brutality. Several Philadelphia Eagles players had previously said they would decline to meet with Trump, who has been a vocal critic of the kneeling players.

“There are a lot of people on the team that have plenty of different views. The men and women that wanted to go should’ve been able to go,” Smith continued.

Last month, the NFL announced a new policy requiring players to either remain in the locker room during the anthem or stand on the field, with violations punishable by fining the team. Trump praised the new policy, saying players who knelt “maybe… shouldn’t be in the country.” 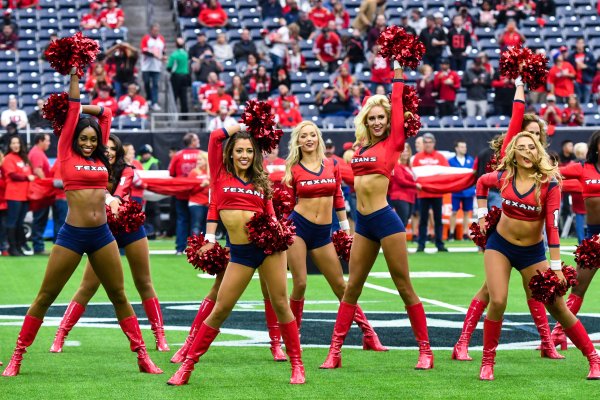 5 Former Cheerleaders Are Suing the Houston Texans for Alleged Harassment and Unfair Pay
Next Up: Editor's Pick