The President is about to be impeached. A progressive Southerner with a common touch, he’s squaring off against a conservative House that is determined to remove him from office. “Savagery in the quest for power is older than the Bible,” he gripes, “but some of my opponents really hate my guts.”

It’s hard to miss the parallels between the fictional President Jonathan Duncan and a certain co-author of The President Is Missing, a new thriller out June 4 by James Patterson and former President Bill Clinton. Clinton faced his own impeachment scandal in the 1990s, in the aftermath of his affair with White House intern Monica Lewinsky (during the press tour for this book, Clinton said he has not and will not privately apologize to Lewinsky). Duncan’s trouble stems from nobler circumstances, involving a risky foreign policy maneuver meant to stave off an attempted cyberattack on the U.S. Set over five days, the story weaves through clandestine meetings between heads of state, the movements of a classical-music-obsessed international assassin and a lot of gunfire as the Commander in Chief goes undercover to save the country.

Patterson—the best-selling author in the world, most famous for his mysteries and thrillers—linked up with Clinton at the suggestion of their mutual agent, according to a spokesperson at Knopf, which is co-publishing the book with Patterson’s longtime publisher Little, Brown and Co. The authors, both of whom favor writing in longhand, spent a year passing handwritten drafts back and forth. The publishers have ordered a first print run of 1 million copies—more than double the already considerable amount for a typical Patterson release.

The pages of The President Is Missing are filled with the classic tropes of a big commercial thriller, from ticking countdown clocks and Hollywood-worthy disguises to clipped prose that ratchets up the suspense. But the authors resist pure escapism: this novel is rife with political statements.

Preaching about truth in politics or suggesting basic policy prescriptions for veterans’ care, police violence and immigration sometimes make what should be a light summer read feel more like a campaign platform. But the plot is nothing if not timely. Russia gets chastised for election meddling, and Duncan warns of the dangers of “false equivalency” in reporting. “When you find a mountain to expose in one person or party, you have to pick a molehill on the other side and make it into a mountain to avoid being accused of bias,” he says. It’s a line ripped from the headlines, and one with personal resonance for Clinton: “false equivalency” was a complaint frequently lodged by the left about the media’s treatment of Hillary Clinton in her 2016 race against President Donald Trump.

It’s the tantalizing presence of Clinton’s pen that drives the most compelling feature of the book: the meta-mystery of which parts he may have written. Duncan curses the impeachment “witch hunt” engineered by the wickedly self–interested House Speaker. He criticizes how “sensational sells over factual” in news. He bemoans that “there is no trust anymore” amid the bitter partisanship dividing the country. It’s tempting to think that this could be the real Clinton venting through the pages of his first novel—or perhaps that a particular former presidential candidate may have peeked over his shoulder as he wrote.

Behind the shield of fiction, what secret truths might Clinton be revealing about the life of a President in crisis? During President Duncan’s high-stakes adventure, he encounters his chief of staff’s husband after a particularly dangerous scrape. “It sounds like you have quite a story to tell,” the man says, noting Duncan’s haggard appearance. “But I’ll never hear a word of it.” The pleasure of this book is in imagining the wild tales Clinton might disclose about his own years as President, if only he could. 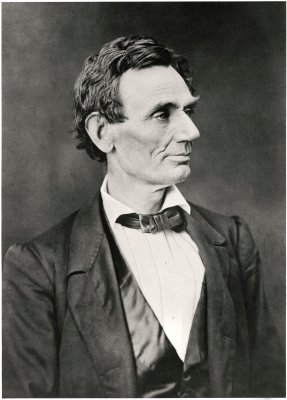 The Sensational Murder Trial That Showed Off Abraham Lincoln's Skill as a Lawyer
Next Up: Editor's Pick