8 of the World’s Most Dangerous Volcanoes, According to Experts

Dozens of people have died, hundreds are missing and many more homes were destroyed after separate volcanic eruptions in Hawaii and Guatemala that made headlines worldwide in recent months. And although those volcano eruptions are not part of a trend, experts have said, the volcanoes in question are far from the only dangerous ones in the world.

When assessing which volcanoes are the most dangerous in the world, however, several factors come into play, including population density surrounding active volcanoes, the types of magma that emerge during eruptions and each volcano’s eruption history. For example, an explosive volcanic eruption in a remote area is not as dangerous as one in a populous region that requires mass evacuations. And volcanoes that go a long time without erupting pose a higher risk for eruption because of mounting pressure inside them.

Magma content is one way to assess a particular volcano’s danger level, according to Stanley Mertzman, a geosciences professor at Franklin & Marshall College in Lancaster, Pa. Mertzman says experts will look at the level of silica, a rock-forming compound that affects the thickness of lava and a volcano’s overall shape, according to the USGS. Silica can indicate how dangerous an eruption can be because it tends to crystallize into chains in cooling lava, increasing its viscosity, in turn creating thicker magma that can make a volcano erupt more explosively.

“The degree of danger increases dramatically as silica content increases,” Mertzman tells TIME. “The higher the silica content, the greater the viscosity — the magma becomes stickier, thicker, much harder to stir.”

Rising silica levels in magma also give way to pyroclastic flows, a quick-moving mixture of lava, ash, gas and rock pieces that can be deadly because they cause asphyxiation, Mertzman says. “Picture a hot avalanche of material.”

Unlike Fuego, the lava flow from Hawaii’s Kilauea volcano, which has been erupting for a month, is a type of basalt. It poses little danger to people, unless they get in the way — thousands of people have been evacuated in the last month and Kilauea has destroyed several homes.

Regions where volcanic eruptions can be deadly include Indonesia, the Philippines, parts of South America and various volcanoes in the U.S. Below, see some of the world’s most dangerous volcanoes, based on their volcanic history, population densities and magma type.

Mt. Vesuvius as seen from above Sorrento.
Bruno Brunelli—Getty Images

Italy’s Vesuvius has been a menacing figure since an eruption in 79 CE buried the city of Pompeii. Over the last 17,000 years, the volcano has gone through eight major explosive eruptions that were followed by large pyroclastic flows, according to the Smithsonian Institute/USGS Global Volcanic Program database. Vesuvius’ last known eruption occurred in 1944. The Italian government has multiple plans prepared for a possible eruption in the future. At least six million people live in the vicinity of Vesuvius, according to the database.

A number of factors make Mount Rainier one of the most dangerous volcanoes in the U.S. The USGS points to Mount Rainier’s high elevation, chemical composition, proximity to Washington’s Seattle and Tacoma suburbs and the volcano’s ability produce intense pyroclastic flows, lava flows and volcanic ash. The heat from Mount Rainier’s lava flows could potentially melt the snow and ice on the volcano, causing a rapid downstream flow of mud, rocks and debris called lahar. Huge lahars are the greatest risk posed by an eruption at Mount Rainier, according to the USGS. More than two million people would be affected by an eruption, according to the Global Volcanism Program.

Located in Alaska’s Katmai National Park and Preserve, the Novarupta volcano was formed in 1912 in an eruption that was the world’s largest in the twentieth century, sending nearly 30 cubic kilometers of ash and debris into the air and producing such strong ash flow, it formed the Valley of Ten Thousand Smokes. While the immediate area surrounding Novarupta is not populous, the 1912 eruption formed an ash cloud that rained sulfurous ash across southern Alaska and parts of Canada. After three days, people in nearby Kodiak had succumbed to eye soreness and respiratory issues caused by ash fall, according to the USGS. The eruption that created Novarupta is not typical of the types of eruptions in the region, the National Park Service for Katmai said on its website. However, more than a dozen active volcanoes at remain under watch by volcanologists at Katmai in an effort to protect the public from harm.

Mount Pinatubo, situated in a populated region of the Philippines, became notorious after a 1991 major eruption that was the second largest eruption of the twentieth century, closely following Novarupta. While Pinatubo did not have a history of explosive eruptions prior to the eruption, the 1991 event killed at least 722 people after producing pyroclastic flows that formed a lake-filled caldera in the volcano. Today, more than 21 million people live within 100 kilometers (about 62 miles) of Pinatubo, according to the Global Volcanism Program.

Southeast side of Mount St. Helens, showing Shoestring Glacier. This pre-1980 view of Mount St. Helens shows the volcano's southeast flank and the headwaters of the Muddy River before the May 18th, 1980 eruption. The broad forested area in the foreground is underlain by many layers of volcanic deposits, chiefly lahars and pyroclastic flows generated from past eruptions of Mount St. Helens.
Science Source/USGS—Getty Images/Science Source

The 1980 eruption of Washington’s Mount St. Helens was the deadliest and most destructive volcanic event in U.S. history. Fifty-seven people died in the eruption along with thousands of animals, and about 200 sq. miles of forest was destroyed. According to the USGS, Mount St. Helens’ history of explosive eruptions indicates that future episodes are highly likely to occur. Another explosive eruption would send large amounts of ash fall across the Pacific Northwest, according to the USGS, and the volcano is under careful monitoring.

The continuously erupting Mount Agung, located in Indonesia, had its last major eruption in 1963, which was one of the most devastating eruptions in the country’s history. Agung’s 1963 eruption lasted 11 months, producing dangerous ash fall and pyroclastic flows that led to more than 1,000 deaths and property damage. Ash plumes above the volcano have been continuously observed throughout 2018, following an eruption in November 2017. The volcano is located in a region with a population of about four million, according to the Global Volcanism Program.

Japan’s famous Mount Fuji has not erupted since 1707, when a major earthquake earlier that year likely set it off, according to a report from Oregon State University’s Volcano World program. In 2014, experts warned that Fuji was at risk for another eruption following the 9.0-magnitude earthquake that hit Japan in 2011. According to researchers, the earthquake raised pressure below Fuji. The 1707 eruption sent ash and debris into the air that even reached Tokyo. If Fuji erupts again, more than 25 million people in the surrounding area could be affected, according to the Global Volcanism Program.

One of Indonesia’s most active volcanoes, Mount Merapi has been continuously erupting for centuries. According to NASA, Merapi’s biggest risk is pyroclastic flows, which can spread over wide areas and threaten people. Merapi erupted again on May 11, sending plumes of smoke into the air and prompting evacuations from the populous region — more than 24 million people live in the surrounding area, according to the Global Volcanism Program. 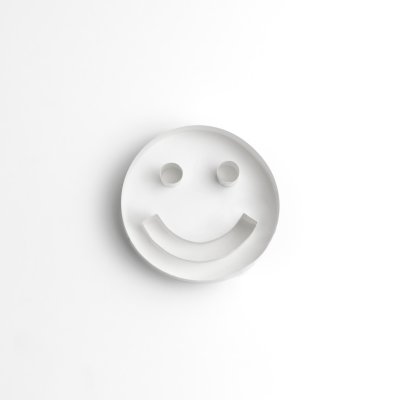