North Korea Replaces Its Top Military Officials Ahead of the Summit with President Trump, Report Says

“The North appears to have brought in new figures amid the changes in inter-Korean relations and the situation on the Korean Peninsula as the previous officials lacked flexibility in thinking,” the intelligence official told Yonhap, in particular identifying No Kwang-chol, the new defense minister, as a “moderate.”

The shuffle was confirmed by an anonymous U.S. official, who did not identify the outgoing figures, Reuters reports.

The shakeup could also represent a generational transition — all of the newly appointed officials are younger than their predecessors — or an effort by North Korean leader Kim Jong Un to consolidate his command of the military ahead of the summit, according to Reuters.

The historic meeting has been on shaky ground in recent weeks, with Trump canceling late last month and alleging “tremendous anger and open hostility” from his North Korean counterparts. North Korea had threatened to withdraw over concerns that planned negotiations would reflect a “one-sided” agenda focusing only on North Korean denuclearization.

In a dramatic turnaround last week, Trump announced that the summit would go ahead on June 12, and hosted high-ranking North Korean official Kim Yong Chol in Washington. 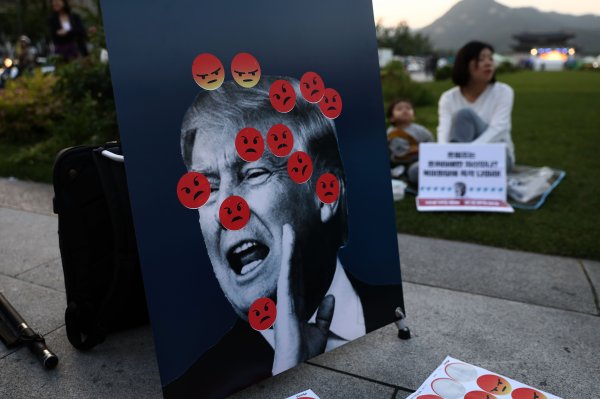 Donald Trump Needs the North Korea Meeting to Go Ahead
Next Up: Editor's Pick