After several decades of what might be called stay-at-home-mom drain, the percentage of mothers who work outside the home has stopped growing, according to a new Pew report. The rise in numbers of moms who are not working for pay outside the home is slow and uneven, but definite. Since 2000, the percentage has risen from 23% to 29%. It’s risen from 26% since just 2008. But that doesn’t mean that more women are opting out of the workforce because they’re able to get by on one income.

Pew attributes the rise to several factors. Some of them are economic; the job market for women without a higher degree has become less welcoming, so many mothers can’t find jobs, or at least jobs that would make it worthwhile to cover the childcare. Some are demographic: recent immigrants tend to stay at home more often. And some are societal: these changes says Pew are “set against a backdrop of continued public ambivalence about the impact of working mothers on young children.”

The numbers are not yet approaching 1970 levels; in 2012, only a fifth of American children had the “traditional” family arrangement that was the mainstay of the cultural representations of families on TV and in books, for decades, with a stay at home mom and a working dad. That’s half of what it was in 1970. The trend line for that traditional model has remained relatively flat since 2000. The rise in stay at home moms is coming from other types of arrangements.

The sharpest uptick has been among women who are staying home because they say they cannot find a job. That has risen more than fivefold since 2000, from 1% to 6%. Mothers who say they are staying home by choice tend to be married (85%) or cohabiting (64%). Only 41% of single moms say their primary reason for not working is to look after their families; more of them either can’t find work, can’t work because of illness or are studying. Most mothers say they’d like to work.

In fact, as Pew notes, while upper income, highly educated women who have opted out of the rat race to spend their time and talent on raising children have attracted a lot of media attention, and been the target market for a lot of parenting books, child development anguish, and mommy blogs, they are a very small minority. Pew says only 5% of stay home moms have a masters degree or higher. These more educated women are likely to be married to a guy who is working and the group has a median income of around $135,000. About 70% of them are white and almost a fifth of them are Asian. A much bigger chunk, about a quarter, of stay home moms only have a Bachelor’s degree.

In other words, the stay at home mother population is mimicking the massive disparity in advantage that we are seeing in the other parts of America. A small proportion, 5% in this case, have a lot of wealth and advantages, and a large chunk, a third, have sunk into poverty. But because these people are mothers, this has generational effects as Pew’s time use figures demonstrate. Stay at home mothers with employed husbands spend 20 hours a week on childcare on average But there’s disparity among education levels. Those with a bachelor’s degree spend 24 hours a week on childcare. Stay at home moms with a high school diploma or less tend to spend only 17 hours a week on childcare. That’s still more than working mothers spend on childcare (an average of 11 hours), but working mothers are less likely to be in poverty and can offer their children other advantages.

The disparity between the time spent on childcare by less educated stay at home mothers and working mothers is only about five hours. Those children are not getting much more of an investment of time from their parents from the poorer less educated moms, and any gains would likely be erased by the attendant poverty. This combination of low income without a corresponding increase in parenting time does not bode well for the generation of children these reluctantly-at-home mothers are raising. 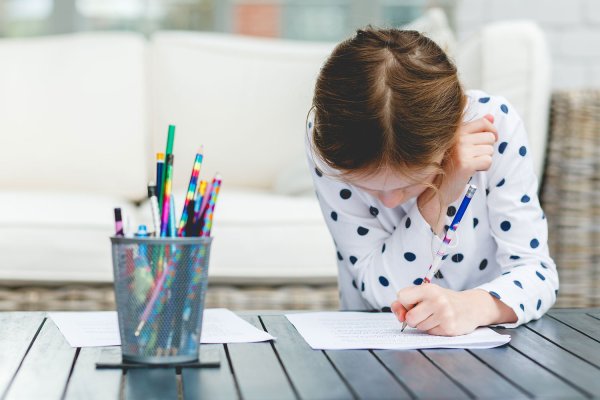 Six Ways To End the Tyranny of Homework
Next Up: Editor's Pick