Lions, Tigers and a Jaguar Escaped From a Zoo and Are on the Loose in Germany

Residents in western Germany have been warned to stay indoors after two lions, two tigers and a jaguar broke out of their cages at a local zoo Friday, sparking a hunt.

Police told the Associated Press Friday morning that the escaped animals are believed to still be on the grounds of Eifel Zoo in Lünebach. A bear was reportedly shot, but it is not clear exactly why.

It was not immediately clear how the zoo animals escaped, but German media reported that they may have broken out after flooding from an overnight storm.

The 74-acre zoo offers many attractions including a cable car and a miniature village. It is home to some 400 animals, including around 60 exotic and native animals, according to Eifel Zoo’s site.

Animal escapes from zoos are rare but not entirely unheard of. In 2016, an 18-year-old male silverback gorilla escaped from its enclosure inside a London zoo, prompting a visitor lockdown and the presence of heavily armed police. The gorilla was tranquilized by veterinarians and returned to his den. 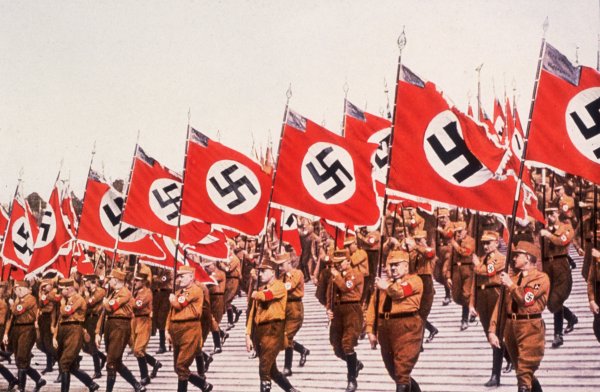 The Nazi Shadow Behind the World's Youngest Billionaires
Next Up: Editor's Pick