Amid the Pusha T and Drake beef, Kanye West has debuted his first full-length project since 2016’s The Life of Pablo.

During an intimate album listening party in Jackson Hole, Wyoming on Thursday evening, the rapper, 40, revealed the seven new tracks off the EP entitled simply YE. The album has yet to be released on any streaming services.

A group of handpicked stars including Chris Rock, Jonah Hill, Big Sean and Pusha T, as well as media and industry heavyweights gathered around bonfires to listen to the album with the Rocky Mountains in the background just after 10 p.m. local time.

The short seven tracks – featuring Kid Cudi, Ty Dolla $ign, Frank Ocean and surprise features by Nicki Minaj and Willow Smith – addressed everything from his mental health and drug addiction to Tristan Thompson‘s cheating scandal and wife Kim Kardashian West‘s reaction to his infamous declaration that slavery was a choice.

The rapper revealed how Kardashian West reacted after his comments about slavery on one track.

“Wife calling screaming saying we’re about to lose it all I had to calm her down ‘cos she couldn’t breathe/I told her she could leave me now but she wouldn’t leave,” he rapped. “This is what they mean for better or for worse huh?”

Addressing Thompson’s cheating on sister-in-law Khloé Kardashian, West rapped, “All these thots on Christian Mingle/That’s what almost got Tristan single.”

“Russell Simmons want to pray for me too/ I pray for him because he got Me Too’d,” he rapped. West did not, perhaps surprisingly, mention President Donald Trump.

West also spoke about his struggles with drug addiction and his mental health, confirming he is bipolar and calling it his “superpower” declaring “ain’t no disability, I’m a superhero.”

West did not talk before debuting the album but walked into the crowd arm-in-arm with Kardashian West and followed closely by his former manager Scooter Braun.

It was left to comedian Rock to introduce the rapper.

“Welcome to the world premiere of the latest opus from the one and only Kanye West entitled YE,” Rock announced.

“Remember this rap music, hip-hop music, is the first art form created by free black men. And no black man has taken more advantage of his freedom than Kanye West,” adding, “Listen without prejudice.”

After West publicly announced his album in a series of tweets in April — writing “my album is 7 songs” — the father of three released two songs, “Ye Vs. The People” featuring T.I. and “Lift Yourself.” Neither made it on the album. 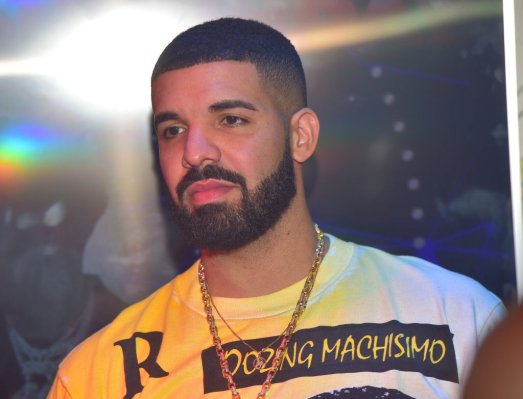 Drake Addresses Blackface Photo Amid His Ongoing Feud With Pusha-T
Next Up: Editor's Pick