A Vogue cover featuring a Saudi princess behind the wheel of a convertible has prompted criticism online as its publication follows the nation’s arrest of nearly a dozen women’s right activists.

In anticipation of the Kingdom’s June 24 removal of the ban on women drivers, Vogue Arabia’s June issue celebrates the “trailblazing women of Saudi Arabia”. The cover shows the Princess Hayfa bint Abdullah al-Saud in the driver’s seat wearing leather gloves, high heels and a loosely tied headscarf above the headline “Driving Force”.

“This month, the Kingdom of Saudi Arabia is putting women in the driving seat — and so are we,” the magazine said in its announcement of the cover feature. The issue “celebrates the women of the Kingdom and their wide-reaching achievements.”

Yet critics pointed out that while the royal family continues to earns accolades for efforts to modernize the conservative Kingdom, 11 activists at the forefront of a campaign to end the gendered driving ban were detained last month. They were also smeared as “traitors” and could face charges for “undermining the country’s stability.”

At least four of the activists were released last week, according to Amnesty International, but others remain in detention.

In the midst of the crackdown, social media users blasted the magazine cover as tone deaf.

Some on Twitter altered the cover by replacing the princess with images of the jailed rights activists.

Princess Hayfa, whose family has enforced the driving ban, told Vogue, “In our country, there are some conservatives who fear change.”

“Personally, I support these changes with great enthusiasm,” she added.

Rights groups say international outrage over the crackdown has threatened to derail the Crown Prince Mohammed bin Salman’s image as a reformer. He recently traveled around the world on a tour aimed in part at reshaping Saudi Arabia’s image. 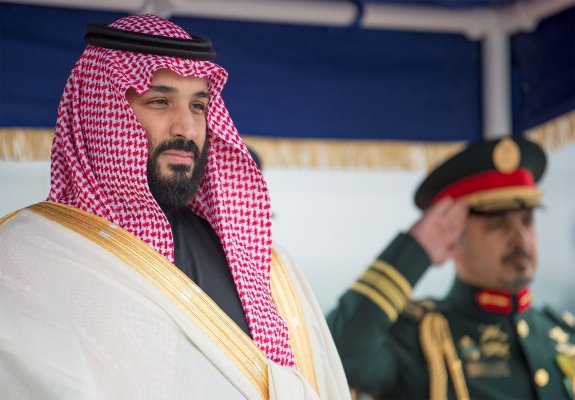 Saudi Arabia Cracks Down on Women's Rights Activists
Next Up: Editor's Pick