'I Crossed a Line.' Samantha Bee Apologizes to Ivanka Trump for Profane Comment

Samantha Bee has apologized to Ivanka Trump in the midst of backlash over a controversial comment she made about the First Daughter on Wednesday’s episode of Full Frontal.

During a segment in which Bee juxtaposed a photo that Ivanka tweeted on Sunday showing her cuddling her toddler son Theodore with a U.S. immigration policy that allows border security officials to separate children from their parents if they are caught crossing over into the U.S., the late-night host referred to Ivanka by a crude euphemism for a female body part.

“Y’know, Ivanka, that’s a beautiful photo of you and your child, but let me just say, one mother to another: do something about your dad’s immigration policies, you feckless c—,” Bee said during the bit. “He listens to you. Put on something tight and low-cut and tell him to stop it.”

Bee issued an apology for the remark in a Thursday afternoon tweet that came hours after White House Press Secretary Sarah Huckabee Sanders condemned her words. “I would like to sincerely apologize to Ivanka Trump and to my viewers for using an expletive on my show to describe her last night,” Bee wrote. “It was inappropriate and inexcusable. I crossed a line, and I deeply regret it.”

TBS, Full Frontal‘s home network, then followed her statement up with an apology of its own. “Samantha Bee has taken the right action in apologizing for the vile and inappropriate language she used about Ivanka Trump last night,” TBS tweeted. “Those words should not have been aired. It was our mistake too, and we regret it.” 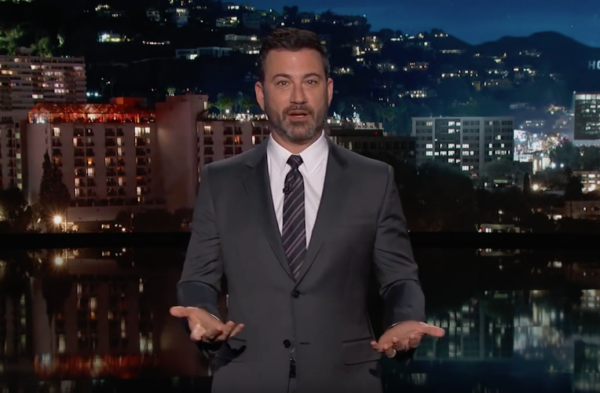 Jimmy Kimmel Thinks This Is the Roseanne Spinoff That Works for Everyone
Next Up: Editor's Pick