Working Out Is Hard. Streaming Just Might Make It Easier

Wendi Weiner likes to start her day with a workout. After waking up at 6:30 a.m., she has a quick breakfast with coffee and changes into a tank top and capris from Old Navy before taking a 45-minute cycling class. Weiner, a 40-year-old writer and attorney who lives in Florida, had a particularly memorable ride on a Friday morning this past January. The instructor blared Weiner’s favorite songs and offered strong motivational cues to the entire class. Weiner watched the calorie count on her stationary bike skyrocket and found her name rising on the leaderboard that tracks participants’ performances. As she stepped off the bike drenched in sweat, the “incredible” sense of pride she felt set the tone for the rest of her day.

That arc of accomplishment is precisely why many people pay hefty fees at boutique studios instead of exercising at traditional gyms. But Weiner wasn’t at SoulCycle or Flywheel, two popular indoor-cycling studios with locations around the country. She was at home, in her dining room, cranking away on Peloton’s high-end, high-tech stationary bike equipped with a massive 22-in. touchscreen positioned between the handlebars. The device streams live and on-demand classes to hundreds of thousands of cyclists at home. After some debate, she purchased the bike last Thanksgiving weekend mostly for convenience’s sake. “It’s not the standard piece of gym equipment that [becomes] a clothes hanger and collects dust,” Weiner says. “You feel like you’re actually in the studio.”

Becoming a “member,” as Peloton’s CEO John Foley refers to customers, isn’t cheap. Bikes cost $1,995, and if you want to ride along to classes, you have to pay a $39 monthly fee. But that hasn’t stopped the company, which was founded in 2012, from building a fervent following that includes ordinary folks like Weiner as well as celebrities like Leslie Jones and Kate Hudson. In fact, Peloton has been so successful that it’s joined the unicorn club–a moniker given to startups valued at $1 billion or higher–and in the fall, it will release a $3,995 treadmill with an even larger touchscreen called the Tread.

Peloton is just one — albeit very popular — example of the latest revamp of the home gym, so crowded with the evidence of previous trends and the best intentions: old-school stationary bikes, treadmills and heavy bags. The bet this time is that the famously permeable interface between technology and human will goad fitness enthusiasts to forgo studios for workouts they can follow online. Fitness companies and exercise gurus have launched a wide range of at-home options, and most don’t require large up-front costs. A business called FORTË films classes and streams them to smartphones, laptops and TVs for $39 per month or $288 per year. Training apps such as Booya Fitness and Beachbody have cultlike followings, and studios across the country from Nicole Winhoffer’s NW Method in New York and Los Angeles to Mary Helen Bowers’ New York-based Ballet Beautiful offer streaming and on-demand classes too. Even large apparel companies like Nike and gym chains like Gold’s Gym have launched workout routines that play in the palm of your hand.

Some 82% of health-club clients also work out at home, and 63% of them do so using apps or other digital platforms, according to the International Health, Racquet and Sportsclub Association (IHRSA), citing data from workout provider Les Mills. The American College of Sports Medicine doesn’t have exact figures on this rising movement yet, but its president Walter Thompson says, “Because the popularity of these programs has increased, we can only assume that more people are actually using them.”

As anyone who’s ever owned a Tae Bo VHS knows, exercise fads can fade quickly. But if streaming workouts are in their infancy, they seem to have one thing going for them: ubiquity. For every glitzy option like Peloton, there’s a dozen free or low-cost apps trying to do the same thing. And, if the true believers are to be believed, that could mean a revolution in the way we exercise.

First among those true believers: the fitness trainers who have become social-media stars, thanks to the boom in at-home workouts. Part of the reason Weiner says she was able to push herself so hard during that workout in January was Robin Arzon, a popular Peloton trainer and the company’s vice president of fitness programming. Arzon has more than 135,000 followers on Instagram and receives thousands of messages from fans each week. “Whether it’s a weight-loss journey, recovering from an illness or dealing with a divorce, the most impactful stories are when people rise above,” Arzon says of her interactions with her followers. “And they use the bike and our instructors as tools for that.”

Already famous health-and-wellness gurus have benefited too. Tracy Anderson, renowned for training celebrities, has established a particularly loyal following online, thanks to her streaming program TA Online Studio. Searching Instagram for #TArealtime results in tens of thousands of posts from devotees sharing their workouts. Although Anderson — who has over 350,000 followers on Instagram — may be best known for her high-end clubs in New York and California that cost $900 to $1,000 per month to join, she says her streaming services are the “most profitable revenue stream” of her business. “It’s me doing the work that I do every day with a camera filming.”

Social community is a large part of the reason Rachael Lawton, a 38-year-old finance director based in Columbus, Ohio, has been taking Anderson’s classes virtually for almost a year. With two children and a full-time job, Lawton found that streaming made maintaining a regular fitness routine feasible. She started sharing her workout experiences online to help other parents in similar situations. “They need to know that there is another mom out there that gets everything done and makes time to work out,” she says. “It is possible.”

Kayla Itsines of the SWEAT app has more than 9 million followers on Instagram. Like Peloton’s founders, she was one of the first to realize the potential of offering at-home workouts built around an online community. Her wildly popular Bikini Body Guide program, which costs $19.99 per month, has catapulted Itsines to superstar status; she sold out a stadium with her live boot-camp workout session in 2016 and has released books based on her program. Knocked Up star Katherine Heigl praised the BBG program on Instagram for helping her get back into shape after giving birth in 2016. “I found a fantastic app called #sweat that features several different #bbg programs you can choose from and makes it incredibly easy to do anywhere, which for me means in my bedroom,” Heigl wrote.

That working out at home is cheaper than signing up for a studio membership may be the most obvious benefit of streaming, besides convenience. On average, the monthly fees for fitness studios range between $76.41 and $118.13, according to the IHRSA. That’s why Foley doesn’t see his equipment as being unreasonably priced, especially if you’re splitting the costs with a spouse. Financing the Tread for $150 per month, or $110 if you already own a bike, plus the $39 subscription fee for classes, breaks down to either $74.50 or $94.50 per person when split between two people. A single class at SoulCycle, for example, costs $28 to $40, depending on where you live. If you attend more than a few classes a week, the costs quickly surpass the monthly expense of owning a Peloton bike.

But those savings may come at a different cost, according to Josh Leve, founder and CEO of the Association of Fitness Studios, who says some aspects of studio classes simply can’t be replicated digitally. “You lose that ability to really engage and speak with the [studio] owners and feel that sense of ‘Together we can accomplish anything,'” says Leve. “For some people [streaming classes] works incredibly well, but for so many others who crave that attention, it’s not a market for them.”

Lauren Kleban, the founder of LEKfit, a dance-inspired fitness method based in Los Angeles, started streaming classes in 2017 to reach more clients. Her studio counts I Feel Pretty’s Busy Philipps and Shameless star Emmy Rossum as fans, and scouring social media for #getlekfit returns sweaty selfies from users at home. Kleban’s $19.99-per-month service is so important to her business that her new flagship studio is being built with streaming in mind. “Everything will be designed around camera placement, client placement, and of course sound and lighting are playing an even bigger role than they would have normally,” she says. Still, Kleban takes pains to make sure that she properly connects with her streamers by holding weekly Instagram chats and attempting to learn as many of their names as possible. “As an instructor, I was always taught that people want to be acknowledged for what they’re doing,” she says.

There are also safety concerns to consider when taking classes at home, since participants risk incurring injuries without a professional present to coach them on their form, Thompson warns. To avoid this, he suggests being cautious when choosing home workout programs. “Pick a class that’s appropriate for you, and make the changes as you go along,” he says. “Monitor yourself and make sure you’re physically capable of doing it.”

Those hoping to stay in shape on a budget also have an increasing number of options, due to the rise of budget gyms like the $10-per-month Planet Fitness or Blink Fitness, which offers access to dozens of gyms for $26 a month depending on the location. More than two-thirds of health-club members reported paying less than $50 per month for memberships, according to the IHRSA’s most recent trend report.

Whether streaming becomes one of the ways — or even the main way — people work out remains to be seen. Fitness programs that surged in popularity — Zumba, Jazzercise, Buns of Steel — only to be unceremoniously replaced by the next hot trend abound. For Thompson, the proliferation of streaming services is just the latest iteration of the at-home workout obsession started by actor turned fitness maven Jane Fonda and others. “We’ve kind of morphed into this contemporary delivery mechanism,” he says. “But it’s not a whole lot different than it was back in the 1970s and 1980s; it’s just now that we’ve got more access.” For many, services like those offered by Peloton, Anderson and Itsines may never fully replace a fitness-club membership or in-person classes. Foley, no surprise, has already deemed traditional workouts obsolete: “Going to the gym,” he says, “feels like such a dated concept.”

Correction: The original version of this story misstated the date that LEKfit started streaming workouts. It was 2017, not 2016. 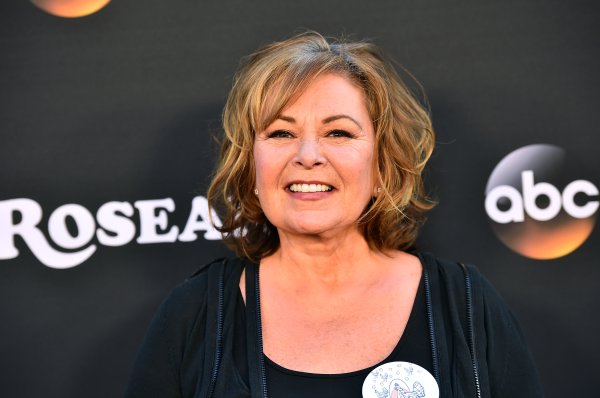 The 'Ambien Defense' Has a Long, Dubious History
Next Up: Editor's Pick