Japanese hunters caught and killed 122 pregnant minke whales during the annual summer hunt off the coast of Antarctica last year, a report has found.

The report, sent to the International Whaling Commission (IWC), said the whales were among 333 killed as part of the country’s controversial whaling program.

A clause in international law states that whales can be killed for the purposes of scientific research, and its this law that Japan uses to justify its annual whaling hunts.

Japan’s New Scientific Whale Research Program in the Antarctic Ocean (NEWREP-A) said the mission, which stretched from November 2017 to March 2018, was “scientifically imperative to obtain an accurate understanding of many aspects of the Antarctic marine ecosystem.”

The whaling program continues despite a temporary ban by the U.N. in 2014 that called the hunts “lethal research,” the BBC reports. Some groups argue that Japan runs commercial whaling operations under the guise of science. Indeed, whale meat from the hunt is then sold and ends up in restaurants and on supermarket shelves.

In response to international criticism over its whaling program, in 2014 Japan reduced its annual hunting quota of Antarctic minke whales to 333 from 900.

Conservation groups were outraged by the report. Alexia Wellbelove, Senior Program Manager at Humane Society International said in a statement that the hunt was further demonstration, “of the truly gruesome and unnecessary nature of whaling operations, especially when non-lethal surveys have been shown to be sufficient for scientific needs.” 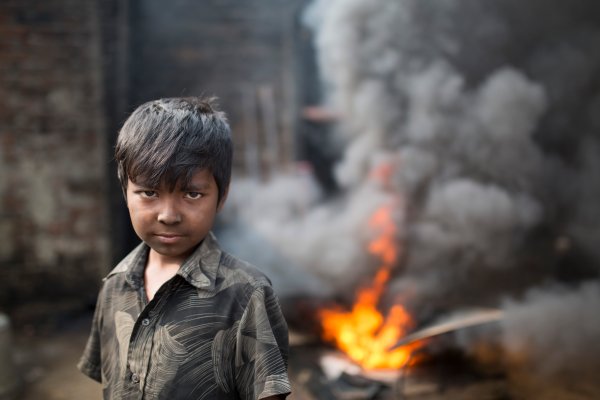 More Than of Half the World's Children Are At Risk: Report
Next Up: Editor's Pick