Roseanne Barr had an explanation in the aftermath of sending a racist tweet that led to the cancellation of her sitcom, Roseanne: Ambien made me do it.

“It was 2 in the morning and I was ambien tweeting,” Barr wrote in a now-deleted tweet, adding in a separate post that she was “Not giving excuses for what I did (tweeted) but I’ve done weird stuff while on ambien.”

Barr’s explanation prompted Sanofi, the maker of Ambien, to indirectly condemn Barr’s claim on Twitter. But the controversial comedian is far from the only person to blame erratic (or illegal) behavior on the sleep aid.

Ambien, a brand name for the drug zolpidem, can sometimes cause “sedation, and what we might call delirium, but it’s not getting you fully to sleep,” explains Dr. John Winkelman, chief of the sleep disorders clinical research program at Massachusetts General Hospital. “People seem to do things that they would ordinarily do” — such as eating, going to the bathroom or walking around — “but they’re in an altered state.”

Winkelman likens the effect to that of intoxication from alcohol or other drugs, but says the cause isn’t fully understood.

Sanofi clearly warns patients that the drug may have side effects that go beyond drowsiness. “You may get up out of bed while not being fully awake and do an activity that you do not know you are doing,” the drug’s medication guide says, adding that alcohol may exacerbate these effects. “The next morning, you may not remember that you did anything during the night.”

In 2013, the Food and Drug Administration also recommended lower bedtime doses of Ambien, in an effort to cut down on reports of next-day drowsiness severe enough to impede activities such as driving. The motion did not directly address middle-of-the-night side effects, but it suggests that the drug may do more than lull users to sleep. Doctors at the time also told the New York Times that lower doses could potentially reduce acts like sleepwalking.

Warnings like these have contributed to a decent number of people using zolpidem’s side effects as a legal defense or rationale for bad or unusual behavior. A 2011 review published in The Journal of the American Academy of Psychiatry and Law details plenty of instances in which zolpidem allegedly influenced strange actions, ranging from relatively innocuous (sleep-eating) to dangerous (sleep-driving) to illegal (murder). Memorably, Rep. Patrick Kennedy crashed his car in 2006 while under the influence of Ambien, and Charlie Sheen, who called Ambien “the devil’s aspirin,” blamed the drug for a 2010 hotel rampage.

The Ambien defense has yielded mixed results when actually used in court. While plenty of juries have ruled to convict suspects in spite of it, some individuals have successfully seen charges ranging from assault to driving under the influence dropped or reduced after arguing the defense in court.

Similar defenses predate Ambien, which hit the market in 1992 and is now the most commonly prescribed sleep aid in the U.S. The antidepressant Prozac has been used to explain away crimes, and so have sleepwalking and eating sugary foods. (The latter, dubbed the “Twinkie defense,” was used by the man who killed San Francisco Mayor George Moscone and Supervisor Harvey Milk, and actually resulted in reduced charges.)

But despite the Ambien defense’s relatively lengthy history, Winkelman says the extent to which the drug can shape behavior isn’t fully understood.

“People are not thinking as clearly, certainly,” says Winkelman, who recommends taking the lowest effective dose of the drug immediately before bed, and refraining from mixing it with other sedatives, to reduce side effects. “I don’t think we really know whether this is what people really think, or whether people might do or say things that they actually don’t mean. It’s impossible to know.”

“While all pharmaceutical treatments have side effects,” it tweeted, “racism is not a known side effect of any Sanofi medication.” 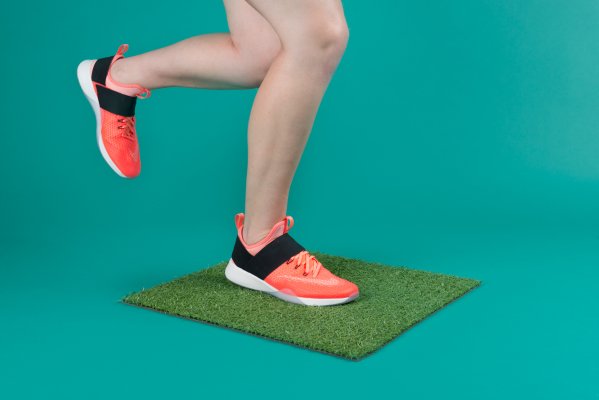 These Are the Healthiest Shoes To Wear, According to Scientists
Next Up: Editor's Pick