Lightning strikes have killed more than 2,000 people in India every year since 2005.
Prakash Singh—AFP/Getty Images
By Laignee Barron

In the past two days, at least 48 people in northern India have died in pre-monsoon storms, prompting what a government official called a “critical situation.”

Sixteen lives were claimed in Uttar Pradesh state alone, while in hardest-hit Bihar 19 people died, 11 because of lightning.

These fatalities follow at least 200 storm-caused deaths in April and May, according to Gupta.

Authorities have tried to limit casualties by airing alerts on local television channels and by sending area officials to warn residents, especially in remote communities.

Lightning strikes have killed more than 2,000 people in India every year since 2005, according to India’s National Crime Statistics Bureau. This past April, lightning struck the southern Indian state of Andhra Pradesh 36,749 times in just one night.

While the north contends with turbulent pre-monsoon weather, the annual rainy season, which typically runs from June to September, has already arrived in the south of the country, as of Tuesday. According to the Indian Meteorological Department (IMD), the showers hit the country’s southern coast three days ahead of schedule. 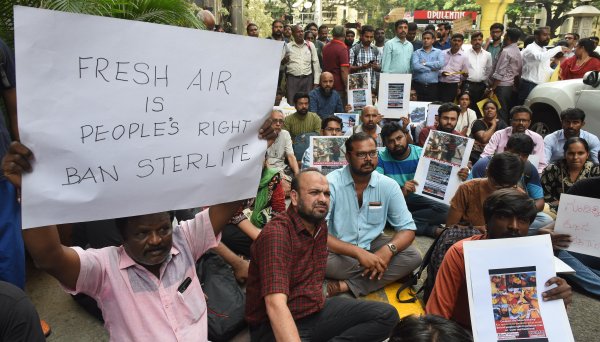 India Permanently Closes Copper Plant in the Wake of Deadly Protests
Next Up: Editor's Pick