ABC has canceled Roseanne over a racist tweet from star Roseanne Barr that compared former White House adviser Valerie Jarrett, who is black, to Planet of the Apes.

The abrupt cancelation of Roseanne, which ABC had already renewed for a second season, comes after it debuted to some of the highest sit-com ratings in years. It garnered effusive praise from conservatives — including President Donald Trump — for offering a rare place on primetime network television for Trump supporters.

Barr, a 65-year-old actress who ran for president as a libertarian several times and has been called out for controversial comments in the past, had also tweeted out a conspiracy theory about Chelsea Clinton and billionaire George Soros — then attacked them both. It’s not the first time she has promoted conspiracy theories — in March, Barr tweeted and later deleted a baseless claim that Trump has “broken up trafficking rings” and freed hundreds of children.

“Roseanne’s Twitter statement is abhorrent, repugnant and inconsistent with our values, and we have decided to cancel her show,” ABC Entertainment President Channing Dungey said in a statement. “There was only one thing to do here, and that was the right thing.”

Barr’s comments also led to her talent agency, ICM Partners, dropping her as a client, Brad Turell, head of corporate communications at the agency, said.

“What she wrote is antithetical to our core values, both as individuals and as an agency,” ICM Partners said in a statement. “Consequently, we have notified her that we will not represent her. Effective immediately, Roseanne Barr is no longer a client.”

Barr’s tweet on Tuesday, which has since been deleted, said: “muslim brotherhood & planet of the apes had a baby=vj.” Jarrett was an adviser to former President Barack Obama and is a longtime friend of the Obamas.

Roseanne Barr tweeted "muslim brotherhood & planet of the apes had a baby=vj" in response to a tweet about Valerie Jarrett, a top aide to former President Barack Obama. Jarrett is black
Twitter

Barr apologized later Tuesday morning “for making a bad joke” and said she was leaving Twitter.

Following Barr’s tweet on Tuesday, comedian Wanda Sykes, who served as a consulting producer on the Roseanne revival, announced she was leaving the show.

Sara Gilbert, who stars as Roseanne’s daughter Darlene Conner in the show, called Barr’s comments “abhorrent” and said she was “disappointed in her actions.” She said in a tweet that the show Roseanne is “separate and apart from the opinions and words of one cast member.”

Roseanne originally aired from 1988 to 1997. It returned to television in March in a two-part revival premiere that became the highest-rated comedy broadcast since 2014. The premiere, which aired March 27, drew 18.2 million viewers and a 5.1 rating among adults between 18 and 49-years old, according to Nielsen data. The show was renewed for a second season almost immediately after the premiere.

Following the early success of the revival, President Donald Trump called Barr to personally congratulate her on the strong ratings. 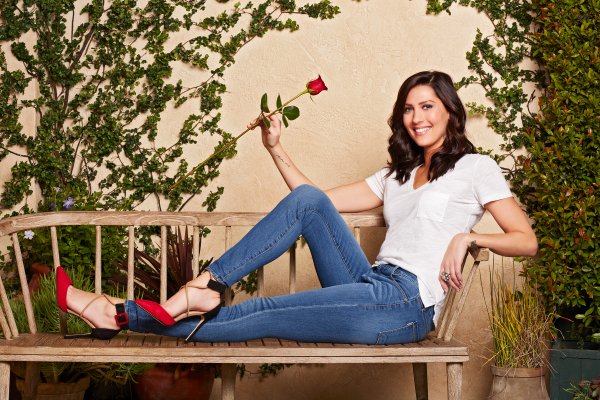 The Bachelorette Premiere Recap: After Arie, Becca Looks for Love
Next Up: Editor's Pick