When one thinks of dangerous sports things like mixed martial arts, street luging, and BASE jumping come to mind. Go ahead and add cheese rolling to the list.

The annual Cooper’s Hill Cheese Roll competition in Brockworth, England, involves stalwart athletes chasing eight-pound rounds of double Gloucester cheese down a ridiculously steep hill. It sounds quaint, however it’s anything but with cheese-chasers often seriously injuring themselves in the process.

This year’s reigning champion was locally-raised cheese-chasing hero Chris Anderson, a soldier by trade, who ran down the steep hill, tearing his left calf, as he chased his wheel of cheese as it topped out at speeds of 70 mph, according to the BBC. His fiercest competition came from an Australian man called “Mangoes” who wore only a “budgie smuggler” (a Speedo-like swimsuit) and boots and called the race “the most exhilarating thing you can do.”

Anderson managed to eke out a victory, though, breaking the all-time record for the most cheeses won in Gloucestershire’s death-defying races. Anderson has now won 22 cheesy victories in the last 14 years. His prize? The Gloucester cheese he chased so valiantly. It’s a bittersweet victory for the champ, because reportedly, he only likes cheddar. 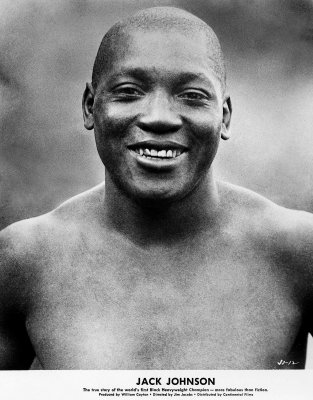 President Trump Just Pardoned the Boxer Jack Johnson. Here's What to Know About the Original Case
Next Up: Editor's Pick