After rapping about gin and juice for more than 20 years, Snoop Dogg took it upon himself to mix the largest paradise cocktail of all time over the weekend.

During an appearance at BottleRock Napa Valley music festival alongside fellow rapper Warren G and Top Chef Season 6 winner Michael Voltaggio on Saturday, Snoop broke the Guinness World Record for biggest gin and juice by stirring up a drink that contained 180 bottles of gin, 154 bottles of apricot brandy and 38 jugs of orange juice.

The D-O-Double-G then topped the giant boozy beverage off with a massive drinking straw, pink parasol, and a garnish of pineapple and melon on a sword. The full cocktail weighed in at more than 132 gallons, according to Guinness, officially cementing Snoop’s place in gin and juice history. 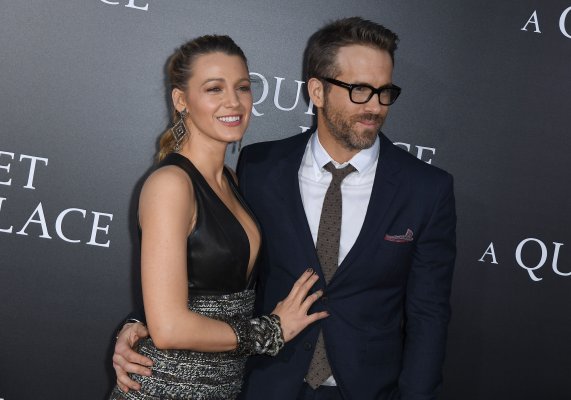 Ryan Reynolds and Blake Lively are Trolling Each Other Again
Next Up: Editor's Pick