White House Chief of Staff General John Kelly took a moment from his Memorial Day appearance with President Donald Trump at Arlington National Cemetery to make a public acknowledgement of his own loss. Kelly, along with his wife Karen Hernest and the President, visited his son’s grave at Arlington on Monday.

Photographs of Trump’s visit to Arlington showed Kelly and Trump visiting the gravesite of Kelly’s son Robert Michael Kelly, who was killed in Afghanistan in 2010 when he was 29.

Although Kelly is the highest ranking military officer to lose a child in Iraq or Afghanistan, he has often avoided talking about the death of his son. In November 2010, just four days after his son’s death, he told a Marine officer introducing him in a speech not to mention what had just happened, the Washington Post reported at the time. “We are only one of 5,500 American families who have suffered the loss of a child in this war,” Kelly wrote in an e-mail to the Post for that article. “The death of my boy simply cannot be made to seem any more tragic than the others.”

But both Kelly and his late son became enmeshed in the debate over fallen soldiers after the controversy last October, after President Trump placed calls to the four military families who had lost loved ones during an ambush in Niger. One of the widows alleged that Trump told her that her husband “knew what he was signing up for,” which caused immediate pushback. Kelly gave a rare appearance in the White House briefing room at the height of that debate, speaking to reporters about the death of his son and defending the President. 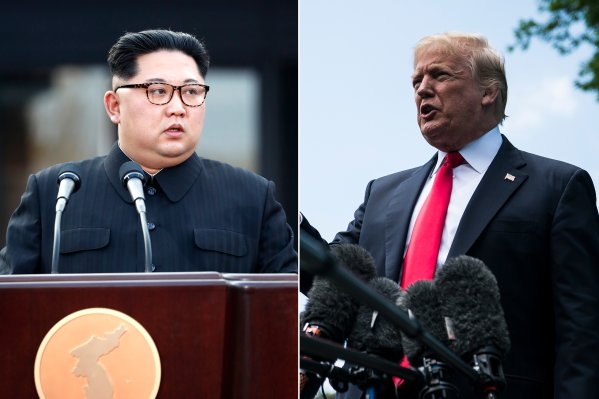 Why Trump Canceled
Next Up: Editor's Pick