Arlington, the nation’s main military cemetery, is running out of room, and may have to deny most veterans alive today a burial there.

More than 420,000 veterans and their spouses, from service members to former presidents, have found a final resting place at Arlington, the New York Times reports. Every year, 7,000 more people are buried with military honors there, or about 30 per day. But at the current pace, Arlington will reach its capacity within about 25 years.

The Army, which runs the cemetery, wants to maintain the Arlington ritual for at least another 150 years, according to the Times, but with no way to physically expand cemetery grounds encircled by highways and development the only way to avoid overcrowding is to restrict who can be buried in the military cemetery opened during the Civil War.

One proposal, would allot Arlington plots only to service members killed in action or bestowed the military’s highest award, the Medal of Honor.

But undermining the egalitarian promise of Arlington as a final resting place for ordinary veterans has set off a debate.

“I don’t know if it’s fair to go back on a promise to an entire population of veterans,” John Towles, a legislative deputy director for Veterans of Foreign Wars who deployed to Iraq and Afghanistan, told the Times. The group, with 1.7 million veterans, has adamantly opposed the new restrictions.

“Let Arlington fill up with people who have served their country,” he said. “We can create a new cemetery that, in time, will be just as special.”

Throughout the summer, the Army is conducting a public opinion survey on the future of Arlington, and will make a formal recommendation in the fall. 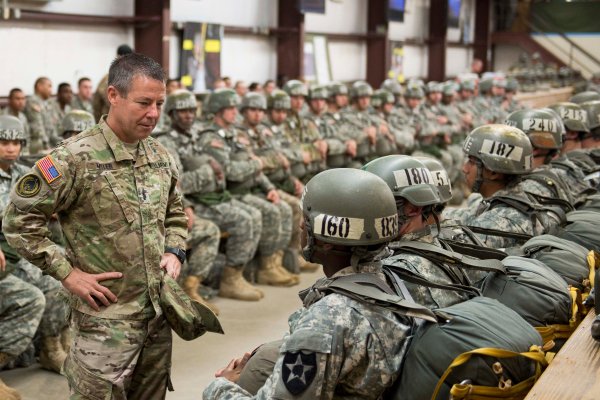