“I actually really like Sarah. I think she’s very resourceful. She burns facts, and then she uses that ash to create a perfect smoky eye. Like maybe she’s born with it, maybe it’s lies. It’s probably lies,” Wolf said last month in what turned out to be the most controversial part of her speech at the White House Correspondents’ Dinner. Trump Administration officials and others accused her of attacking Sanders’ appearance.

But in interviews after the dinner, Wolf defended her performance and said she “wouldn’t change a single word.” Many comedians also came to her defense and accused White House staffers of hypocrisy.

In the premiere of The Break on Sunday, Wolf addressed the controversy again during a segment in which she discussed the nomination of CIA Director Gina Haspel and whether it is “anti-feminist” to not support certain women.

“And for the record, that was not a looks-based joke, that was about her ugly personality,” Wolf said. “She has the Mario Batali of personalities.”

Batali, a celebrity chef, has been accused of sexual misconduct by multiple women and is reportedly under investigation by the New York Police Department. Batali had said in a statement to 60 Minutes: “My past behavior has been deeply inappropriate and I am sincerely remorseful for my actions.” 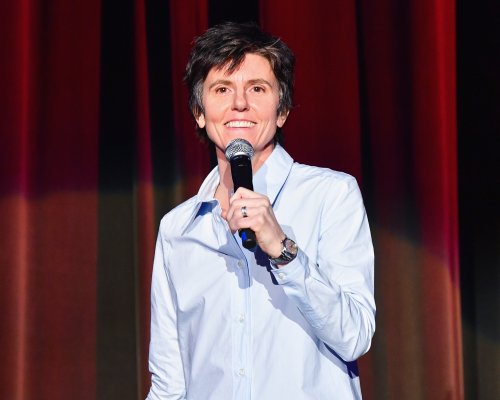 Here's Your First Look at Tig Notaro's New Netflix Special Happy to Be Here
Next Up: Editor's Pick