He was on both Kim Jong Un’s trips to China. He sat beside the North Korean leader during his meetings with South Korean President Moon Jae-in at the DMZ. And he held meetings with U.S. Secretary of State Mike Pompeo in Pyongyang to discuss the stalled U.S.-North Korea summit set for Singapore on June 12.

But who is the balding man with the hangdog expression, who now appears to be the most influential North Korean outside the Kim clan?

Meet General Kim Yong Chol — no relation to the namesake Supreme Leader — who is officially vice-chairman of the central committee of North Korea’s all-powerful Workers’ Party. But in reality, as former head of the General Reconnaissance Bureau intelligence agency, he is the Stalinist regime’s spy chief and a key strategist. If the U.S. and North Korea are to reach a deal over denuclearization, Kim Yong Chol will have a major part to play.

“Since denuclearization is the core issue of recent inter-Korea and Sino-North Korea summits, Kim Jong Un always has Kim Yong Chol at his side, as he is a savvy operator regarding nuclear and military affairs,” Cheong Seong-chang of the South Korea’s Sejong Institute tells TIME.

But he is also extremely controversial — even for a top apparatchik within the tyrannical regime. South Korea blames Kim Yong Chol for sinking its navy ship called the Cheonan in 2010, and angry relatives of the 46 sailors killed protested when he came to South Korea as the North’s envoy to the PyeongChang Winter Olympics in February. He also allegedly had a hand in North Korea’s deadly shelling of South Korea’s Yeonpyeong Island six months later.

“Execute Kim Yong Chol,” chanted family members of the Cheonan dead at a protest during the Games, brandishing portraits of Kim marked out with a red cross. South Korea’s Liberty Party even released a statement at the time that said Kim Yong Chol deserved “death by beating.”

North Korea has long denied responsibility for sinking the Cheonan, though there are no other plausible explanations.

Kim Yong Chol appeared to take the rancor in his stride, though. When North Korea blocked South Korean journalists from attending a K-Pop performance in Pyongyang last month, it was Kim Yong Chol himself who delivered a rare apology. He reportedly introduced himself as “Hi, I’m Kim Yong Chol, the one you blame for sinking the Cheonan,” before admitting, “It was wrong to hinder the free media coverage and filming.”

That coarse demeanor may explain why he was briefly demoted to Colonel-General and then reinstated as a four-star general in 2012. Kim Yong Chol had a close relationship with Kim Jong Il — former regime leader and father to the current Kim — and other members of the dynasty, including Kim Jong Un’s mother, Ko Yong Hui. He even served a stint as Kim Jong Il’s bodyguard. Appointed director of the Workers’ Party United Front Department in 2016, he now heads a combined civilian intelligence agency and department of inter-Korea relations.

Kim Yong Chol oversaw the expansion of North Korea’s cyber and electronic warfare while at the General Reconnaissance Bureau, including reportedly overseeing the 2014 hack of Sony Pictures over the spoof film The Interview, which lampoons the Kim clan. As tough new U.N. sanctions cut off traditional revenue sources, the regime has put much more effort into lucrative cybercrime. Kim Yong Chol’s burgeoning profile may be linked to his success plugging the gap.

—With reporting by Stephen Kim/Seoul 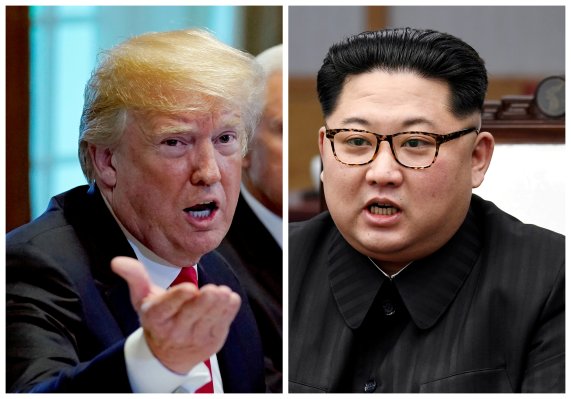 Did President Trump Deliberately Sabotage the North Korea Summit to Save Face?
Next Up: Editor's Pick