The Chinese military says it has dispatched warships after U.S. Navy vessels sailed near Beijing-claimed islands in the South China Sea.

The nautical confrontation comes amid tensions between the world’s two largest economies over trade as well as an on-again-off-again North Korean summit.

China’s Ministry of Defense said in a statement that the entry of the U.S. warships was not permitted, and they have been warned to leave.

The Antietam, a guided-missile cruiser, and the Higgins, a destroyer, came within 12 nautical miles of the Paracel Islands, an archipelago in waters contested by China’s neighbors, according to the New York Times.

The U.S. warships were carrying out “freedom of navigation” operations, also called FONOPS, which the Navy says are a means to challenge excessive maritime claims and uphold rights to use of the sea under international law. FONOPS are regularly conducted in disputed seas throughout the world.

A spokesman for the U.S. Navy’s Seventh Fleet, Cmdr. Clay Doss, told the Times that similar operations have been conducted in 22 countries.

These operations “are not about one country,” he said, “nor are they about making political statements.”

China has recently shored up its claims to disputed islands and reinforced military bases in both the Paracel and Spratly Islands. American officials have accused Chinese leader Xi Jinping of reneging on remarks made in 2015, when he said China did not intend to militarize disputed territories. 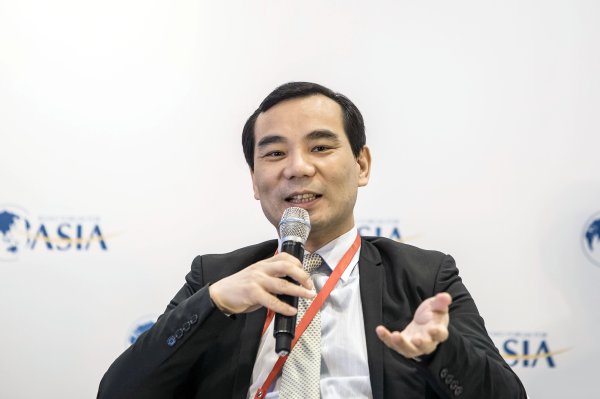 China Sentences Anbang's Wu Xiaohui to 18 Years in Prison
Next Up: Editor's Pick