‘My Life Is at Risk of Being Undermined.’ Morgan Freeman Pushes Back Against Misconduct Allegations

Actor Morgan Freeman is maintaining that his behavior should not be classified as sexual assault, in the wake of harassment and misconduct allegations leveled against him earlier this week.

“I am devastated that 80 years of my life is at risk of being undermined, in the blink of an eye, by Thursday’s media reports,” Freeman said in a statement provided to TIME late Friday night. “All victims of assault and harassment deserve to be heard. And we need to listen to them. But it is not right to equate horrific incidents of sexual assault with misplaced compliments or humor.”

A CNN report published Thursday included accounts from eight people who accused Freeman of inappropriate behavior or harassment. Many of these alleged instances included what were perceived as inappropriate comments from Freeman. One woman claimed he once repeatedly tried to lift her skirt and asked if she was wearing underwear; another said the actor made so many comments about her appearance that she and her assistants stopped wearing fitted clothing around him. CNN reporter Chloe Melas also said the actor called her “ripe” when she interviewed him while six months pregnant.

Freeman, who issued an apology shortly after CNN’s story broke Thursday, said in the second statement that he uses jokes and humor to make people “feel appreciated and at ease around me,” though he added that, “Clearly I was not always coming across the way I intended.”

Still, Freeman maintains in the statement that his behavior never crossed certain lines.

“I did not create unsafe work environments. I did not assault women. I did not offer employment or advancement in exchange for sex,” Freeman said in the statement. “Any suggestion that I did so is completely false.” 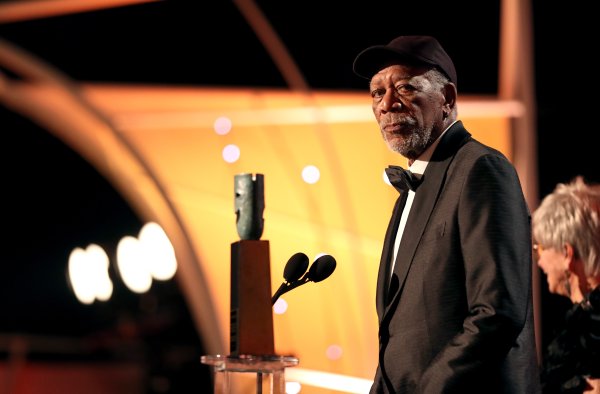 Morgan Freeman Accused of Harassment and Inappropriate Behavior
Next Up: Editor's Pick