The Boss: How Dr. Barbara Sturm Launched a Beauty Empire That Celebs Swear By

My first interest in skincare came from trying to heal my own skin from dryness and blackheads. I would get facials every three weeks and try every product on the market, but nothing worked. As an orthopedist, whose initial medical specialization was joint inflammation diseases such as arthritis, I had seen great success in patients through a procedure that injects protein derived from a person’s own blood into inflamed joints to reduce inflammation and stimulate healing. I thought: Why not apply this practice to the skin? What I didn’t think about, however, was how to launch and run a successful business.

As a scientist, my first step in creating a skincare line that would actually deliver results was research. Beginning in 2002, I began reaching out to academic institutions and worked with them for a few years on scouring studies on ingredients frequently found in moisturizers, cleansers and serums. I knew what I didn’t want: fragrances, mineral oils, phthalates or any other aggressive components that could further inflame the skin. When I felt armed with enough information on how to create an effective line of products, I went to the lab and added proteins from my blood to a base that I had developed and tested it out on myself. My skin woes were virtually resolved overnight, and the cult-favorite MC1 cream was born.

I then worked with chemists in North Germany to formulate six fundamental products. At the same time, I opened a small clinic in Düsseldorf to provide skincare services and cosmetic injectables. I wanted a great location, but didn’t have money, so I found a dark space in the same building where my orthopaedic clinic was located and negotiated the rent down to half the normal price. My dad, who is an architect, helped me make the space beautiful. I also brought on my close friend Uli as my first and only employee to handle everything besides medical treatments. Some days we didn’t have one patient, but we were determined and believed so much in what we were doing. Later, I also hired a personal assistant, Claudia, who’s still with the company today and has grown into her role as operations manager. At the time, I was funding the business with the salary from my medical work. I was also a single mother raising a young daughter.

In order to fund the skincare line, I needed to get a loan from the bank. I didn’t want any investors involved because I wanted to be fast and independent on my decisions. I didn’t have a business plan, but I had a clear vision for what I wanted to create and when I went to my bank they gave me the money to start my business. I created brochures for the six core products— cleanser, three moisturizers, scrub and a hyaluronic serum — and a website. I also did some more research and discovered the herb Purslane, which became the star ingredient in many of my products. The line was initially called Dr. Barbara Sturm Purslane / For Living Skin. Eventually we changed the name to Dr. Barbara Sturm Molecular Cosmetics, and today it’s sold all over the world online and in stores such as Bloomingdale’s and Harrods. I never officially “launched” the line – we didn’t have a public relations or marketing strategy, we just focused on getting our products out there and recommendations soon followed. Two years ago we did embrace marketing, and we’ve grown over 400% in the last year.

The internet had taken a lot of power away from big beauty, which had traditionally focused on effective marketing campaigns over effective, science-backed products. But now, people from all over the world are able to connect on social media and the web to openly discuss what actually works. I also felt as if the old models of retail were disintegrating, and the way to reach the most people possible was the web.

That’s why one of the first places where people could buy my products, aside from my own website, was Net-a-Porter. All of my patients from all over the world would be able to get my products immediately, and I wouldn’t have to go to stores and ask if they would carry my products. It was efficient for me and my customers. People would tell me you can’t sell beauty online – well, they were all wrong. It was hard to get an appointment at the luxury site, but I worked my network of contacts and was able to land a meeting with David Olsen, who handled beauty for Net-a-Porter at the time.

I showed up at Net-a-Porter’s office in New York City to meet their new beauty team and pitch my brand with my new husband, Adam, very pregnant and wearing shorts. David gave me one look and appeared to regret agreeing to the meeting. Ten minutes into our conversation, however, he realized what we had and agreed to launch our products worldwide on the site. His belief in me is something I will never forget. I went back to our hotel and sobbed with joy in the shower.

Adam has been such an important part of my business. He’s an attorney and we were introduced through our mutual friend, Cher, and got married in 2013. When everyone told me that a new beauty line would never sell online, Adam helped me hold fast to my conviction that it would. Today, Net-a-Porter and my own site remain our two strongest sales channels. And, I still don’t have a business plan. Our dogma has been make the best products, get them into the hands of the toughest critics and let them tell our story authentically. After our success online, traditional retailers came knocking, and we’ve been very selective in picking partners that only employ knowledgeable and motivated staff. In 2017, we brought on Daniel Guttmann, the former beauty buyer for Net-a-Porter, and he’s helped fuel our growth even more by carefully expanding our global distribution footprint.

Successfully selling anything is both harder and easier today than ever before. It’s harder because you can’t hide behind huge, empty promises and marketing budgets anymore. It’s easier because if you truly have something great, the public will spread the message for you for free.

Adam adoringly says I’m like Willy Wonka creating candy. It’s true I have an obsessive passion for creating and rolling out innovative products. I don’t have a “product roll out schedule,” whatever that is. It happens whenever I think of something new. I have two new creations: The first is a baby and children’s line, which I invented for my daughter Pepper. The second is a line I created for darker skin tones. I noticed a gap in the market to directly address the skincare needs of African-American women from prestige brands and I wanted to fix that. I’m also testing out an entirely new ingredient right now on my own skin, and I’m obsessed.

Generally, I give very little thought to the financial aspects of my business. Money doesn’t get me out of bed in the morning. As a doctor, my primary concern has always been people’s wellbeing, and I would rather study facial lines than bottom lines. What lights me up is hearing: “You changed my skin!” 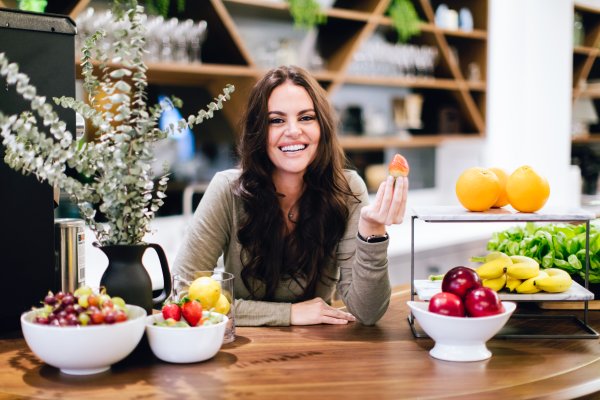 The Boss: I Went From Relying on Food Stamps to Running a Multimillion-Dollar Company
Next Up: Editor's Pick