Supporters of the rebel-group-turned-political-party (FARC) hold signs depicting former commander who had been slated to take a seat in Colombia's Congress Jesus Santrich, during a May Day march in Cali, Colombia on May 1, 2018.
Christian Escobar Mora – AFP/Getty Images
By Ciara Nugent

When former Colombian guerrilla leader Seuxis Hernandez was arrested in April for plotting to traffic 10 tons of cocaine to the U.S., his fate became tied to that of his country’s fragile peace deal.

Hernandez, widely known by his alias Jesus Santrich, is a member of the Revolutionary Armed Forces of Colombia (FARC) and helped negotiate the FARC’s peace deal with the government in November 2016, ending a 52-year civil war that killed 220,000 and displaced millions of Colombians. If Colombia extradites Santrich, as the U.S. is calling for, it may violate the headline point of that agreement, which says crimes committed by the FARC before the deal was signed must be investigated by a special transitional justice tribunal (SPJ)—without the possibility of extradition.

Santrich suspended a 41-day hunger strike on May 19, two days after the SPJ demanded the prosecutor’s office halt the extradition process until authorities can prove that his drug crimes took place after the signing of the deal. The Attorney General challenged the decision on May 22.

Colombia’s presidential elections on Sunday, the first since the end of the war, will be decisive for both Santrich and the peace process. The right-wing front runner, Ivan Duque, 41, is a fierce opponent of the agreement, which he says grants “impunity to FARC criminals” and has repeatedly pledged to extradite Santrich immediately on entering office.

Duque is currently polling at 41.5%. His main rival, leftist Gustavo Petro, 58, who supports the deal and is himself a former guerilla from the now defunct M-19, is on 24.6%. Petro says he would wait for the SPJ to determine when Santrich’s drug crimes took place before extraditing him; he has asked them to communicate better with the FARC about the issue.

Duque’s more hostile stance is not uncommon. President Juan Manuel Santos pursued the deal despite 50.2% of voters rejecting an initial version of it in a referendum in October 2016.

“People are very polarized on the issue. Some think it was too soft on the FARC,” says Miguel Silva, a political analyst at Pontifical Bolivarian University in Medellín.

The deal meant some 12,000 guerrillas downed their weapons in exchange for the transitional justice arrangement, lighter sentencing for rebel leaders, and the right to form a political party with 10 guaranteed seats in parliament until 2026. Amnesty International said the deal marked “the beginning of a new and hopeful chapter” in Colombian history, but was “flawed in terms of victims’ rights”. Former President Alvaro Uribe, Duque’s mentor and one of the most popular politicians in Colombia, threatened to leave parliament over the FARC’s guaranteed seats, saying, “My soul is not prepared to debate with criminals.”

Santrich was directing the FARC’s party and had been due to take up a seat in parliament.

“Santrich’s case is the first test of the peace process and his extradition would set a really bad precedent,” says Silva. “The deal is so recent that everyone is very wary. There’s no trust. The FARC doesn’t trust the state and the state doesn’t trust the FARC.”

Many former guerilla leaders are scared they will be arrested next. Ivan Marquez, the FARC’s second in command, says Santrich’s arrest has left the peace process “in its worst moment and at risk of being a real failure.” He calls the case against Santrich, a “set-up” orchestrated by the U.S. and opponents of the peace process.

The country’s former chief peace negotiator, Humberto de la Calle, who is also running for president, warned in April that the country is “sleepwalking into war.” The United Nations has urged caution on the Santrich case, saying the government’s actions will have “profound consequences for the peace process in Colombia.”

While it’s unlikely that that the majority of former guerrillas would take up arms again, there are several hold-out factions that did not accept the peace process and could welcome more rebels if it fails now, says Silva. “And there is some suspicion in Colombia that they didn’t give up all their weapons or could easily get more on the black market. So it’s definitely possible,” he adds. “But it would be very difficult for them to be as powerful as they once were.”

The issue of how to deal with the FARC—and the violence and drug trade they stimulated—dominated Colombian politics for decades. Now, the war is over, homicide rates are down in most parts of the country, and for many voters the FARC and the peace process will take a backseat to more conventional electoral matters on Sunday.

While economic growth is relatively steady and tourism is booming, a 2014 drop in the price of oil—Colombia’s main export—led to a slowdown from which the economy is only just recovering, and the country suffers from one of the highest rates of inequality in the world. The specter of Venezuela, whose dramatic economic crisis has sent more than a million refugees pouring into Colombia in the last year, weighs heavily on the presidential campaigns. Petro’s critics cast him as a Hugo Chavez-in-waiting, saying he would recreate the late Venezuelan president’s socialist revolution and its disastrous reliance on oil exports, which many blame for the country’s woes. Investors would be far happier with the market-friendly Duque, who promises business tax cuts and has spent much of his working life in Washington. But Petro taps into many Colombians’ anger at corruption and inequality. He calls the latter the “main generator of problems in Colombia” and has pledged to destroy the country’s “feudal” structure by taxing and nationalizing unproductive land.

Colombia has never elected a left-wing candidate to the presidency—partly because the left’s ideology has been tainted by the violence of the Marxist FARC, and partly because of a strong conservative religious undercurrent in politics. Petro is a clear underdog. But, with the FARC issue partially diffused, many are now predicting a late upset. Duque appears unlikely to secure the 50% of the vote he needs to take the presidency in the first round, according to risk analysts IHS Jane’s, and a face-off between him and Petro could mean that a divided left unites with supporters of the peace process to keep Duque out.

“If there’s a second round, Duque may harden his opposition to the peace process in order to gain more votes,” says Silva. “Or on he might try to get moderate votes by dialling back his stance. It’ll all depend on the electoral math.”

And when it comes to Sunday’s vote, Santrich—watching from a secure compound in Bogota—won’t be the only one hoping for electoral math in his favor. So too will supporters of Colombia’s peace process around the world. 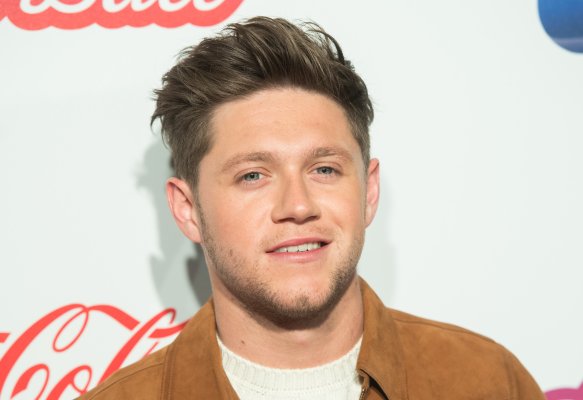 Niall Horan Calls for Ireland to 'Do Right by the Great Women of Our Nation' in Abortion Referendum
Next Up: Editor's Pick