Did President Trump Deliberately Sabotage the North Korea Summit to Save Face?

While U.S. President Donald Trump is a political tyro known for histrionics — threatening “fire and fury” and tweeting conspiracy theories and slurs — his vice-president, Mike Pence, is quite the opposite. He is a seasoned operator who stays on message. And so when Pence, completely unprompted, chose to compare North Korean nuclear disarmament to the Libyan example on Fox News on Monday, he presumably had the full backing of the administration.

Nobody in the White House would have been surprised when North Korea reacted by calling Pence a “political dummy” and threatening a “nuclear-to-nuclear showdown,” given similar comments by National Security Adviser John Bolton also earned a stinging rebuke last week. North Korea is extremely sensitive that Libyan leader Muammar Gaddafi was executed by U.S.-backed rebels eight years after relinquishing his nuclear weapons, and threatened to pull out of the Singapore summit altogether because of Bolton’s remarks. “We are no longer interested in a negotiation that will be all about driving us into a corner,” said a spokesperson.

So why did Pence deliberately bring up Libya again on Fox? It’s anyone’s guess, but North Korea’s entirely predictable response was all Trump needed to cancel his historic summit with Kim Jong Un set for Singapore on June 12. “This missed opportunity is a truly sad moment in history,” Trump wrote in the rambling missive published Thursday that had the peculiar tone of a Dear John, blaming the regime’s “open hostility” for the cancellation.

North Korea was palpably shocked. Vice-foreign minister Kim Kye-gwan said the decision was “extremely regrettable” and his government was willing to talk “at any time in any form.”

So where to lay the blame? “Referencing Libya … laid the foundation for the collapse of any negotiations,” says John Tierney, executive director of the Center for Arms Control and Non-Proliferation. For Anwita Basu, an analyst on North Korea at The Economist Intelligence Unit (EIU), “The cancellation of the Singapore summit was more a reflection of the fact that the U.S. president probably found himself unprepared for the negotiations.”

Trump likely felt he was losing control of the situation. U.S. Secretary of State Mike Pompeo said Thursday that the administration had received “a lot of dial tones” when reaching out to North Korea regarding the summit. According to reports, U.S. officials who traveled to Singapore for preparations last week were completely “stood up” by their North Korean counterparts. “They waited, and they waited,” a senior White House official told the Washington Post. “The North Koreans never showed up.” Multiple news reports suggest that Trump decided to nix the summit before Kim had the chance.

“The president puts his ego above traditional strategic and national interest calculation,” says Robert Kelly, professor of political science at Pusan National University. “He doesn’t want to be the bride left at the altar.”

It’s uncertain where this leaves efforts to rein in North Korea’s nuclear threat. Because progress was being made. There was the historic summit between Kim and South Korean president Moon Jae-in last month. The regime did, as Trump mentioned in his letter, return three American “hostages.” It did, on Thursday, blow up its only known nuclear test ground at Punggye-ri under the watch of international journalists (though not, notably, international weapons experts.) Now it seems these efforts will go unrewarded.

“The U.S. is a global power. North Korea is a weak link,” says Daniel Pinkston, a North Korea expert at Troy University in Seoul. “So weak states at times might have an incentive to a bluff and to engage in rhetoric, but for a major power it can be very counterproductive. Because your reputation matters. And for a major power to obtain the benefits of transactions in the international system, you have to commit yourself in a way that credibly signals you will not act opportunistically.”

The U.S. already has a trust deficit because of situations like what happened in Libya, as well the erroneous claim that Saddam Hussein wielded weapons of mass destruction that predicated the Iraq War. Trump himself has just nixed the Obama administration’s hard-fought denuclearization deal with Iran, despite Tehran ostensibly complying with its terms and the opposition of all the other signatory states.

But American capriciousness does not just jeopardize handling adversaries like North Korea. South Korean President Moon was just in Washington specifically trying to save the Singapore summit. “Moon Jae-in will be furious [about the cancellation],” adds Kelly. “The Trump administration did not even let the South Koreans know.” The EIU’s Basu agrees, calling it a “clear humiliation of South Korea’s president.”

North Korea has a nuclear-armed ballistic missile capable of devastating any American city. Reaching a deal to nullify that threat will require the concerted effort of all parties. Not alienating a paranoid adversary, while humiliating a key ally, must come before Trump’s worries of losing face by being stood up by Kim.

But that said, not everyone agrees that Pence’s baiting of North Korea was a deliberate ploy, especially when he made several rudimentary mistakes in the Fox interview, like saying Kim and Moon met at South Korea’s presidential Blue House (they met at the DMZ). “Don’t rule out incompetence,” says Prof. Stephan Haggard, a Korea expert at the UC San Diego School of Global Policy. “You can’t look at this administration with the assumption that they have a coherent strategy.” 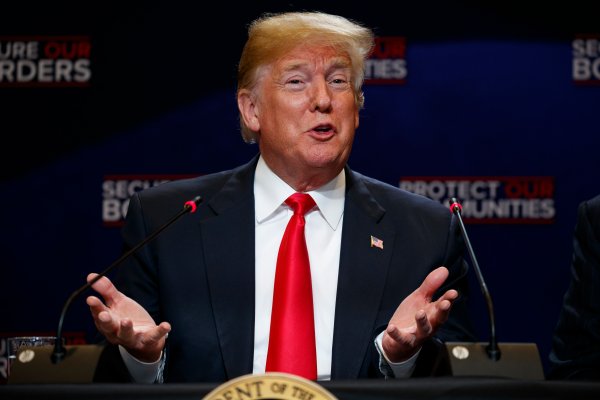 Why President Trump's North Korea Summit Is Still Likely to Happen, According to a Top Expert
Next Up: Editor's Pick