Eight people have accused Oscar-winning actor Morgan Freeman of inappropriate behavior and harassment, according to a new report from CNN.

The allegations against the 80-year-old actor range from inappropriate touching to suggestive comments and were brought by entertainment reporters — including a CNN reporter who co-wrote the story — as well as people in the entertainment industry, according to CNN. The outlet reportedly spoke to an additional eight people who said they had seen Freeman’s alleged misconduct.

“Anyone who knows me or has worked with me knows I am not someone who would intentionally offend or knowingly make anyone feel uneasy,” Freeman said in a statement provided to TIME. “I apologize to anyone who felt uncomfortable or disrespected — that was never my intent.”

One woman, who said she was a production assistant on Freeman’s 2017 film Going In Style, told CNN that the actor subjected her to months of unwanted comments and physical contact, including one incident in which he allegedly repeatedly tried, unsuccessfully, to lift her skirt and asked if she was wearing underwear. Another woman, who said she was a senior production staffer on 2013’s Now You See Me, told CNN that she and her assistants endured months of lewd comments from Freeman, to the point that they stopped wearing fitted clothing around him.

CNN reporter Chloe Melas, who co-wrote the CNN story, said Freeman made inappropriate comments about her body when she interviewed him while six months pregnant. His remarks reportedly included, “I wish I was there,” and “You are ripe,” Melas said. Tyra Martin, entertainment producer at Chicago’s WGN-TV, told CNN that Freeman frequently made comments about her appearance during interviews, but said only one incident — when Freeman allegedly told her, “Oh, don’t pull it down now,” after she adjusted the skirt of her dress — “gave [her] pause.”

None of the other accusers were named by CNN, and the outlet adds that multiple people interviewed for the story said they had never witnessed inappropriate behavior from Freeman.

Freeman, who won a Screen Actors Guild Lifetime Achievement Award in January at the height of attention to the #MeToo movement, was widely praised for calling out the group’s gender-specific award statues in his acceptance speech.

“I wasn’t going to do this. I’m going to tell you what’s wrong with this statue,” Freeman said. “It works from the back, but from the front, it’s gender specific. Maybe I started something.” 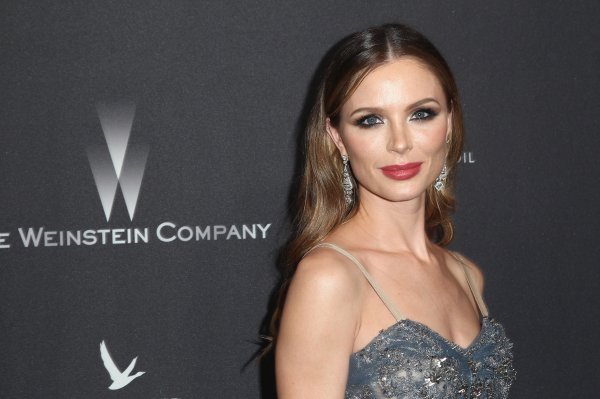 'There Was a Part of Me That Was Terribly Naive.' Harvey Weinstein's Estranged Wife Georgina Chapman Speaks Out for the First Time
Next Up: Editor's Pick