President Donald Trump praised the NFL’s decision to fine teams whose players kneel in protest during the national anthem before games, saying that those who do “maybe… shouldn’t be in the country.”

The NFL signed off on a new policy Wednesday that gives players the right to stay in their locker rooms during the national anthem, but requires that they stand if they’re on the field. Teams face fines if their players don’t comply.

The kneeling movement was started back in 2016 by San Francisco 49ers quarterback Colin Kaepernick as a way to protest racial injustice and police brutality. While Kaepernick didn’t play in the NFL last year, his silent protest swept through the league, with many players choosing to kneel or link arms during the national anthem.

Trump frequently lambasted the NFL and the players who decided to kneel, saying they should be fired or suspended from their teams while advocating for a policy that punished this behavior. But on Thursday, Trump declined to take credit for the NFL’s new policy.

“I think the people pushed it forward,” Trump said. “This country’s very smart — we have very smart people.” 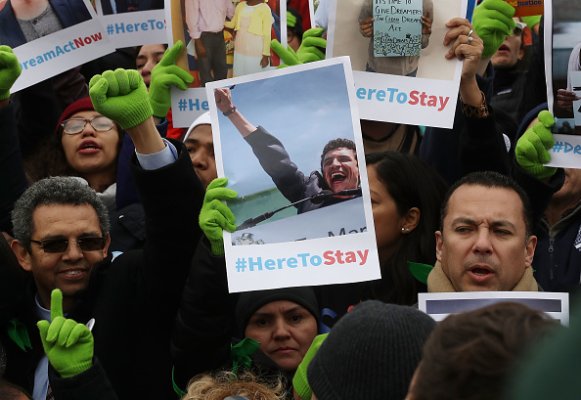