Sex Without Consent Is Rape. Sweden’s Move to Recognize That Means Fewer Women Will Have to Say #MeToo

Protesters carrying banners and placards take part in a Women's March in Stockholm, Sweden, on January 21, 2017, one day after the inauguration of U.S. President Donald Trump.
Pontus Lundahl—AFP/Getty Images
Ideas
By Katarina Bergehed
Bergehed is the senior policy adviser on women's rights at Amnesty International in Sweden.

In 2013, Sweden was shaken by a court’s decision to acquit three young men accused of raping a 15-year old girl with a wine bottle until she bled. The verdict stated:“People involved in sexual activities do things naturally to each other’s body in a spontaneous way, without asking for consent.”The court’s ruling—and their suggestion that the girl’s refusal to open her legs might have been a sign of “shyness”—was a catalyst for widespread protests. (They were later convicted in the court of appeals.) The case sparked the formation of a new national movement, FATTA (“Get It”), which set out to make the law recognize the simple fact that sex without consent is rape.

Five years on, and buoyed by the global #MeToo movement, the campaign achieved its goal Wednesday—with the passing of new legislation in the Swedish Parliament by an overwhelming majority.

The new sexual consent law will mean more rape cases can be prosecuted. Under current law, it has to be proven that the perpetrator used force, threats or was taking advantage of a person in a vulnerable situation. But under the new proposal, which will become law in Sweden on July 1, sex with someone who does not voluntarily participate will be illegal. A person needs to agree in words or clearly demonstrate that they want to engage in sexual activity. Passivity is not a sign of voluntary participation.

Sweden’s decision reflects a wider discussion on affirmative consent laws that is gathering force around the world, as countries like Germany and U.S. states such as California add consent-based reforms to their legislation. While a legal definition of rape on the basis of the absence of consent is not new or ground-breaking, the majority of European countries have yet to amend their legal definitions of rape accordingly.

Despite ratifying the Istanbul Convention—a binding treaty for tackling violence against women and girls—Sweden is only the 10th country in Western Europe to recognize in law that sex without consent is rape. Only nine other countries (or 7 if we count the U.K. as one jurisdiction) have such definitions of rape. The criminal laws elsewhere still define rape on the basis of physical force or threats of force, coercion or inability to defend oneself.

Spain’s ruling in May, where the court rejected charges of sexual assault against five men in favor of a lesser charge of sexual abuse despite finding that the woman had not consented to sex, was particularly shocking. The case showed an alarming lack of understanding of the crime of rape and highlighted how justice officials often show a profound disrespect to victims. Outrage at the treatment of the victim by the justice system brought tens of thousands of people onto the streets and highlighted the need for change in Spain. And if the Swedish example is anything to go by, a case like this could be the key to reforms. But such changes are not achieved easily.

A protester holds a placard reading 'Spain is not a country for women' during a demonstration against the verdict of the 'La Manada' (Wolf Pack) gang case outside the Minister of Justice in Madrid, Spain on April 26, 2018.
Pablo Blazquez Dominguez—Getty Images

Some commentators have suggested that it has been the “#MeToo movement” that has helped drive these changes in Sweden. They point to the numerous hashtags and workplace petitions that have swept the country in the wake of the Weinstein revelations—#withwhatright (lawyers), #standtoattention (military), #deadline (journalism) #technicalfault (tech industry), #lettherebelight (church), #academetoo (academia) and #onourterms (insurance).

But while these #MeToo related campaigns—more than 70,000 women in some fifty sectors have made #MeToo related calls—have certainly galvanized public pressure, the movement for change has been a long time coming.

In Sweden women’s rights organisations and activists, have been campaigning for this change for more than a decade. In 2008, I was involved in drafting Amnesty International’s Case Closed report and have watched over the years as several committees of inquiry on sexual crimes urged the changes to the law.

The #MeToo campaign in Sweden spilled beyond the workplace life with the Allavi (“we all”) hashtag bringing together more than 57,000 women in a Facebook group, many of whom have been sharing their experiences of sexual violence for the very first time in their life.

With elections coming up in Sweden, the issue of consent became a key election issue attracting cross-party consensus and even prompting Prime Minister, Stefan Löfven, to state: “It should be obvious. Sex should be voluntary. If it is not voluntary, then it is illegal. If you are unsure, then refrain.”

Such public statements are vital for shifting public attitudes. There is still a long way to go. According to the European Commission’s 2016 survey on gender-based violence, almost one-third of respondents said sexual intercourse without consent may be justified “in certain circumstances.” These included, for example, if the person is drunk or under the influence of drugs, is voluntarily going home with someone, wearing revealing clothes, not saying “no” clearly or not fighting back.

Despite the expectation that a “model” rape victim will fight her attacker back, a common physiological and psychological response is actually to freeze when confronted with a sexual attack—leaving the person unable to counter the assault, often to the point of immobility. For example, a 2017 Swedish clinical study found that 70 per cent of the 298 women rape survivors assessed experienced “involuntary paralysis” during the assault.

Today, Sweden took a significant step forward by voting in a new law that finally makes the Swedish Criminal Code compliant with international human rights law. They follow in the footsteps of Iceland, which changed its law in March; I am hopeful that the other Nordic countries will follow suit. Last month, Norwegian politicians narrowly voted down new legislation but activists there are not giving up. Activists and organizations in Denmark and Finland are campaigning for similar proposals.

There is still a great way to go, but if our politicians were to display even a fraction of the courage of those women and girls who refuse to stay silent, then laws will be changed. Then we will no longer have to say #MeToo. 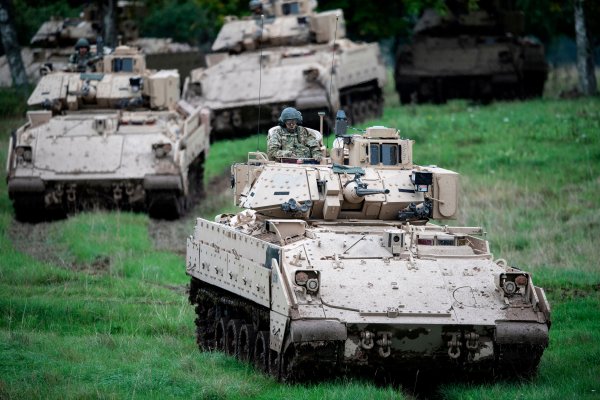 Sweden Issues Citizens With Pamphlet on Preparing For War
Next Up: Editor's Pick