Jim Parsons Is So Much More Than Sheldon

Jim Parsons can’t catch a break. He’s made it to New York City, where he’s speaking in Gramercy Park, a small urban oasis near his apartment, and there’s not a cloud in the sky. (He spends much of the year in Los Angeles, where he’s soon to start the twelfth season of The Big Bang Theory, but considers New York home.) But today the buzzing of relentless chainsaws and edge mowers being put to work on the park is a persistent, nagging distraction. “This is very L.A. right now, the yard work going on,” he says. “Irony.”

More ironic still is that the project for which Parsons is spending summer in New York—and the reason he’s speaking to me—has been thrown into frantic reorganization. At the curtain call for the Saturday matinee performance of the newly revived gay classic The Boys in the Band, Parsons stumbled and broke his foot; the Saturday night performance was cancelled, and Sunday, his understudy stepped in to fill the role. He’s meeting me Monday morning for an MRI before he plans to re-enter the show Tuesday night, wearing an orthopedic boot and a Broadway trouper’s attitude of confidence. “People have done it and I’m gonna goddamn well find my way around this one way or the other,” Parsons says. “It’s just another interesting hurdle, and hopefully the audience feels this way too—that it’s part of the joy of live theater that you can’t get anywhere else.”

For Parsons, a four-time Emmy winner for Big Bang who’s also a known quantity on the New York stage, Boys represents something more than just a step forward in what’s been a stellar career, one that’s made him the highest-paid actor on TV and a figure synonymous with lovably askew geekiness. (His character, Sheldon Cooper, finally got married in the season 11 finale, but not before puzzling out some string theory with his beloved.) It’s a first. “The camaraderie: I don’t just use the word like, ‘We’re getting along great,’” he says. “I really do mean, there is a uniqueness to nine out gay actors, even in this day and age, all being in one production together, and being the only people in the production.”

The Boys in the Band, first produced 50 years ago in April 1968, has never before been shown on Broadway; Parsons had no real familiarity with it before he was approached by TV megaproducer Ryan Murphy. The cast features, among others, household-name actors like Matt Bomer (White Collar), Andrew Rannells (Girls), and Zachary Quinto (the Star Trek films), but Parsons plays the lead, never leaving the stage for its 110 minutes—with no intermission. It’s an emotionally intense sit that sees the men, gathered together to revel privately, in the tense historical moment before the 1969 Stonewall Riots, begin to tear one another apart through a cruel game Parsons’s character initiates (in which each man must call a past love, requited or not) fueled by internalized homophobia.

The attitude behind the scenes differs, obviously, from what’s portrayed onstage. But the need to gather together, Parsons says, is as real for queer people today as it was then. While he says he’s never felt as though his sexuality was at issue in any workplace, Boys in the Band is a “safe-lite” environment: “There is a residual something there when you’re presented with a situation that’s completely gay. Some other little guard gets let down. And the parlance between all of us changes a little bit.”

Parsons came out publicly in 2012, and married Todd Spiewak, a graphic designer and art director, last year. (When I met Parsons as scheduled outside his Manhattan apartment building, Spiewak helped him down the steep stairs and ushered him into the park.) “I had an evolution on my feelings on gay marriage,” Parsons says, “in that I didn’t logically see the importance of it. One of the things that changed my feelings on that was when I thought about, ‘Oh my God, part of the reason you feel this way is because it was never a possibility and so you never dreamed about it.’” In getting married as one of the most visible TV stars currently working, Parsons says, “it suddenly felt exciting to be a part of that and helping to change the world in your own personal, heartfelt way just by doing what you want to do.”

Watching a star famous for parsing situations on CBS’s physicist-geek sitcom discuss the pure logic of an evolution leading to his own marriage seemed natural. But every story needs an origin: Parsons’s Sheldon character has had a spinoff focusing on his childhood (Iain Armitage plays the lead on Young Sheldon, heading into its second season). For the young Parsons, life was hardly a sitcom: “I found saying ‘hi’ very painful,” he says of his life as a kindergartener in Texas. “I felt very exposed and I felt very scared of getting made fun of for my hello. And I could never have consciously pointed to what triggered that, and maybe nothing specifically triggered that. But that was where I felt it and I still feel that.”

To this day, Parsons is ill-at-ease at industry events. “I tend to only be able to meet people in a way that I feel is a full way just by working with them. If I’m in a work environment with them, then I don’t have to explain my ‘worth,’ quote unquote.” Parsons is approached a great deal—at least one person in the park, as we sit talking, seems to recognize him even under his star schmatte of big sunglasses, black porkpie hat, and oversized blue cableknit sweater. Among those who see him are those who see in Sheldon characteristics akin to the Asperger’s community, even as the series has scrupulously avoided giving Sheldon a specific diagnosis. “That has been an absolute constant—what is in my pockets!” Parsons says. (He pulls out a Chapstick, and the key that will get us out of the locked gates of Gramercy Park.) “It shows this character with this different, unique way of looking at the world, this character that doesn’t always see some of the obvious human signals from other people, it shows him getting along and connecting. It shows him—hell, he just got married!”

Parsons sees a continuity between Sheldon, a character with an ability to make friends and build a life despite looking to any observer like a congenital outsider, and his own life now as an openly gay man: “It goes to the thing about seeing gay people getting married, it creates a fantasy in your head! And once you have that and you have it as a possibility, there’s something to aim at.” And the show has made it possible for Parsons to pursue his bliss: He didn’t have to audition for his Broadway debut, in a 2011 production of the seminal gay drama The Normal Heart. What’s more, he can live comfortably. “Not that I have to tell anybody anything. Just Google, you know,” he says. (Google says his salary last year was $27.5 million.) “Not to make it all about money, you know. But money’s real. That s–t’s hard for everybody.” What’s more, he can make real choices about his career now: “I’m at a level now where I have the ability to do what I want to. Which can be held against me if people go, ‘Why the hell did he do that?’ Well, you have every right to ask.”

What Parsons has chosen now is to push off Sheldon for a while with a part driven by self-loathing and confusion that harkens back to a painful historical moment that’s not as distant as we might like. “History forgotten is history doomed to repeat,” Parsons says, citing the prevalent thought, still, that homosexuality is “a sickness that needs to be dealt with.” But there’s uplift in The Boys in the Band—and not merely what will result from an actor pushing through the pain, delivering to the audience a demonstration of grit under pressure. Parsons quotes the show’s director, Joe Mantello, during a rehearsal: “There’s nine gay men up here and they’re all so goddamn different!” That one of them can be an out gay star who’s as different as he wants to be feels a bit like progress. The interview comes to a close; Parsons has to get to the doctor. His husband is here to pick him up. 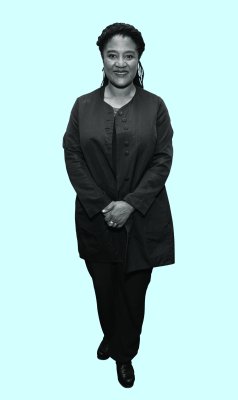 Pulitzer Prize-Winning Playwright Lynn Nottage on Her New Play, the Browning of America and Animal Rights
Next Up: Editor's Pick